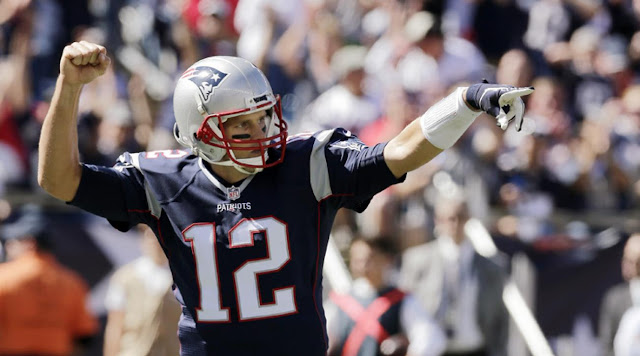 Tom Brady threw for 274 yards and three touchdowns. Brady also had two interceptions. Sony Michel rushed for 112 yards on 26 carries, while also scoring one touchdown. One of the main concerns has to be the health of Rob Gronkowski. Gronk left the game with an ankle sprain and didn't come back for the rest of the game. Why wouldld you risk bringing Gronk back though. It was a blowout and no need for him to come back. James White had a great day. He won't be noticed on the stat board but his play certainly pushed the Patriots in their win today. Watch James white totally shatter the ankles of #94 for the Dolphins.

As for the defense the score sets the tone for how they played. They looked really good. The got pressure on Ryan Tannehill when needed and caused a lot of rushed passes. The Pats defense look really quick. They flew to the ball. The Patriots only allowed 11 first downs all game. The Patriots looked really good today but they get the short week and have to play the Colts on Thursday, so back to work as Bill Belichick would say.