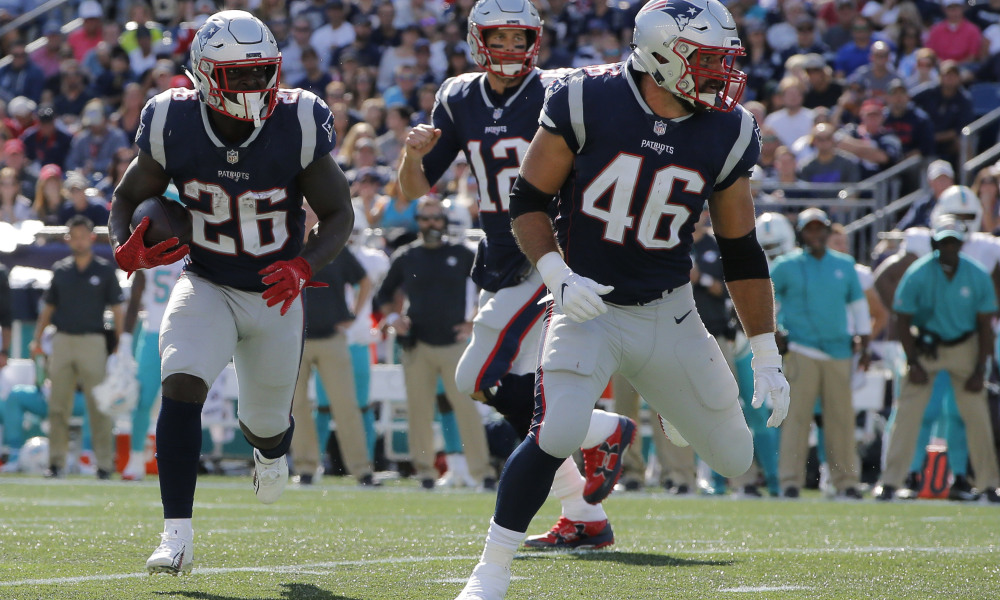 After missing the end of training camp and all of the preseason with a knee injury, it was unclear how much of an impact rookie Sony Michel would have early on in the season. To put more pressure on the young bulldog out of Georgia, both Jeremy Hill and Rex Burkhead fell to injuries, leaving Michel with a prominent role in the offense.

After a sluggish start last week in Detroit, Michel really stepped up in a big way this afternoon in a 38-7 blowout against the then undefeated Miami Dolphins.

Logging his first 100 yard game of his career, Michel totaled 112 yards off of 25 carries and added on a touchdown late in the second half.

In addition to a very satisfying performance by the Pats as a whole, it was really cool to see Michel have the confidence and ability to step up in a big way and be a significant contributor to the offense.

Michel faced a lot of criticism in the first two weeks of the season, but he gave a great deal of credit to his teammates for helping him through it.

“I would say I’m blessed, because going through times that aren’t the brightest helps you learn so much,” Michel said. “I’m blessed to say I had those times that I could learn from. A lot of people don’t. A lot of people may have those times coming, and they may not know how to react to them. But me, I had a rough start, but I’ve got great guys around me to encourage me, to stand next to me. It’s a family in here, so it helps. But you’ve got to just keep pushing and keep fighting."

Look to see Michel keep the ground game moving this Thursday against the Colts.