Gather round children, time for a history lesson 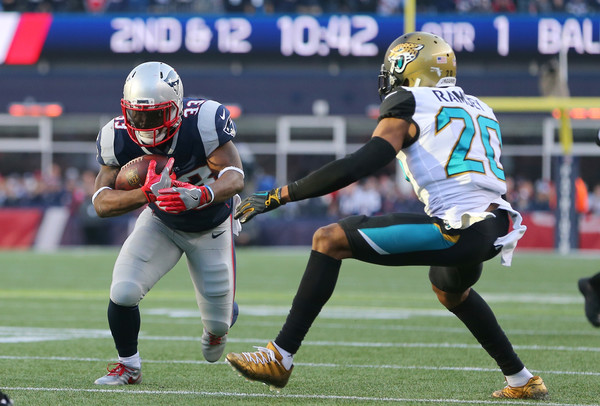 This weeks lucky winner happens to be Jalen Ramsey, not surprising at all. Ramsey went on to trash Rob Gronkowski, Julian Edelman, and the former Patriot, Danny Amendola. In an interview with ESPN: The Magazine, Ramsey went on to say the following: "I don't think Gronk is as great as people think he is. Any time Gronk has been matched up with a corner, he's had a very bad game -- and that corner has had a very good game."

The Patriots have been pretty consistent when it comes to keeping quiet and not firing back at these irrational claims that are thrown towards them. Duron Harmon made sure to keep that same mindset this year when asked about Ramsey in the Patriots locker room. Harmon said: “One thing we talk about is never doing something to jeopardize the team. We always have to remember to put the team first before our own personal needs.” When asked how the Patriots handle it. “So if you go out of your way to embarrass someone, or trash-talk, you’re not putting our team first. We talk about pulling ourselves together and doing our trash talk with our pads and our play.”

Harmon also went on to say that the Pats will certainly be thinking about it once they step on the field. “It’s always in the back of our mind,” Harmon said of when an opponent trash-talks the Patriots. “We’re competitive, and we don’t want to create a distraction by disrespecting our opponent and trash-talking them before a game, but we definitely are aware to it, and we might use it a little bit as motivation when we get out there.” For the most part talking trash against the Pats doesn't work out in that teams favor.

In 2007, Pittsburgh Steeler's second year safety, Anthony Smith, was asked what his prediction for the upcoming weeks game was. Smith responded by saying: “Yeah, we’re going to win, as long as we come out and do what we’re supposed to do,” Smith responded. “They have an explosive offense, so if we don’t give them any big plays, you know, and eliminate the dumb mistakes, I think we will win the game."

The Patriots ended up targeting Randy Moss for the first touchdown of the game. Who was coving Moss? You're correct, it was Anthony Smith. On the next drive, Brady threw a sixty-three yard touchdown to Moss after Smith bit on a play-action fake.

Smith looked awful all game and Belichick didn't pass up the opportunity to continue to make him look bad during the press conference after the game. Belichick said: “We’ve played a lot better safeties than him, I’ll tell you that.”

In 2010, The Detroit lions were leading the Patriots until late in the third quarter when cornerback Alphonso Smith decided to to give Brady a finger wag after breaking up a pass. Little did Smith know that he would put a big red target on his back. Post finger wag Brady posted a perfect 158.3 passer rating and also threw two touchdowns, in which Alphonso Smith was the cornerback in coverage, to bring the Patriots back for a great win.

Von Miller said it best. Don't Trash talk Brady. In an interview with Charlie Rose, Miller said: "Tom Brady, if you start talking trash to him, he'll put 21 up on you real fast."