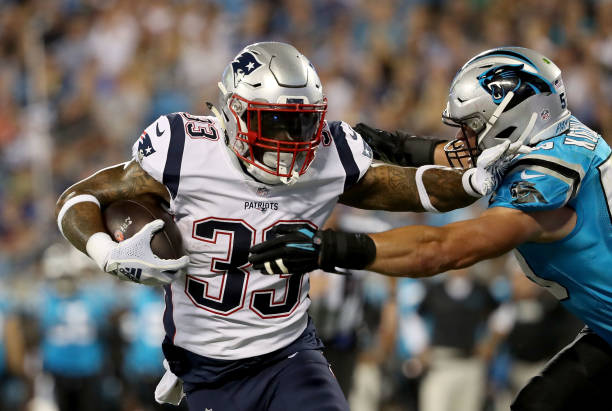 In the 2017 season, Bengals running back Jeremy Hill made a personal business decision to miss the second-half of the season in order to get ankle surgery. Hill was criticized on his choice to get the surgery, mostly because he was told by several team physicians that it was something that could wait until the end of the season.

The 25 year old back was losing touches to rookie Joe Mixon, the team was 3-5 and he was about to become a free agent. With the combination of all these factors, Hill decided to get his surgery and be healthy heading into the off-season, so no team would shy away from the concern of his health.

As it currently stands, it appears to have been the correct move.

The Patriots picked up the big back on a one year $1.5 million contract. Right away, he felt very accepted by coaches Bill Belichick, Josh McDaniels and running backs coach Ivan Fears. Hill spent as much time on the field as possible to adapt to the new playbook and was given extra reps with the injuries to Rex Burkhead and rookie Sony Michel.

In addition to a new playbook, Hill was given a new nutrition and strength and condition programs to help get him into a more agile but still hold the teams "big back" spot. When it came to cutting down to a 53-man roster, Hill's work ethic and training did not go unnoticed, and he beat out Mike Gillislee for a roster spot.

When meeting with the media on Monday, Belichick had high praise for the new running back. "Jeremy's had a good spring and a good summer," Said Belichick. "New system, some different responsibilities, some different typeplays than what he has been used to running, but he certainly adapted quickly. He's done a good job in all the areas we asked him to work in."