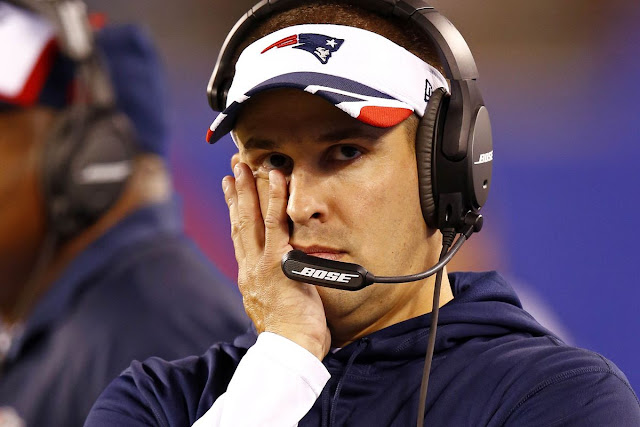 The Patriots offense has been very bad in their last two games and if you can't admit that you're delusional. Sure, they have some key players that they are missing, Julian Edelman and Josh Gordon, but even they aren't certainties. I think come November and December the Patriots are gonna be back to their super bowl form but there are definitely some doubts.

Julian Edelman is coming off of one of the worst injuries for a slot receiver. He relies on his quickness and his ability to be agile. Im not saying that he's gonna come back and suck, not at all, but its gonna be tough for him to return to his form before his injury. Theres also a very good chance that he comes back like he was before and thats great. Josh Gordon is very new to this system. For us to expect him to learn this incredibly complex offense would be unfair to him. I still think Gordon will be dynamic in the Patriots offense given the talent that they have now, which is slim to none.

"I haven’t done a good enough job the last two weeks of putting us in the right positions to be successful, and I need to get better at that," Josh McDaniels told reporters on a conference call Monday in the aftermath of a 26-10 loss in Detroit. "I need to do a better job of helping them do that and we need to play better." The Patriots haven't lost by double digits since 2002. Yikes. I trust in McDaniels, I trust in his plans for the Patriots offense and I'm not trying to carry the shield for McDaniels, its just what I believe. McDaniels goes on to talk about his weekly plans for the Patriots.

"We try to come up with the right things each week, in each situation – you know, practice them and then hopefully execute them properly in the game," said McDaniels.

McDaniel's offensive plans will likely be executed more consistently with the return of Edelman and Gordon, which is a breath of fresh air. I don't know about you guys but I'm certainly not ready for this dynasty to be over but the way they're playing right now its been tough to watch.