Tom Brady reportedly wanted to leave the Patriots this offseason, according to a new book 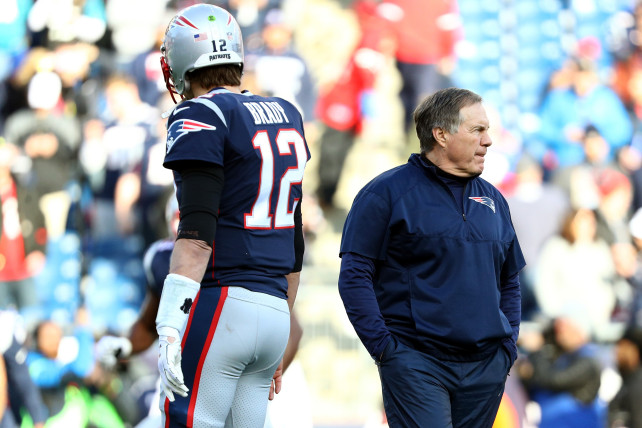 This is a hard headline to read. Never in a million years, did I think that Tom Brady would play for any team other than the Patriots. He is literally the definition of the New England region. He's a hardworking guy who cares about nothing more than winning/succeeding. So reading that he almost quit football and wanted to play for another team hurts. Tom Brady was quoted in Ian O'Connor's new book claiming that he gets tired of Belichick frequently.

"If you're married 18 years to a grouchy person who gets under your skin and never compliments you, after a while you want to divorce him," a source told O'Connor for the book.

I will say though, that I really don't like the shots taken at Brady. He has some legitimate concerns. You can't try to dispose of a guy who brought five Lombardi trophies, also could very well could have 6+, to the greatest city in the world. An assistant coach spoke on how Brady can be swapped for any mediocre quarterback, yikes.

"But if you gave us any of the top 15, we could do it," the assistant told O'Connor. "I don't think the coaches view Tom as special as everyone else in football does. Mr. Kraft thinks Tom is the greatest gift ever, but the coaches don't."

Theres no way that guy actually believes that. Im actually laughing at how idiotic that statement sounds. Brady is the most clutch athlete of all time. The man had thirty-four fourth quarter comebacks, 71 post-season touchdowns while the second greatest only has 45, and four of his five super bowl wins needed him to lead the team on their last drive. I'm not even gonna mention the epic super bowl win against the Falcons. I can't even believe that I used the word epic, but honestly its true.

Now specifically the comment about being able to win with any of the top fifteen quarter backs. Ridiculous. You're telling me that names like Case Keenum, Dak Prescott, who was in his second year in the NFL, Tyrod Taylor, and Marcus Mariotta could perform at Brady's level? Laughable.

There are positives though. It certainly isn't over for them. They're gonna play in another super bowl and they're gonna win. Plain and simple. Its been eighteen years and this is the first controversy? Ill take that. It could always be worse too. You could be rooting for the Steelers and never get past the AFC Championship and now have to deal with all of the headaches that they are dealing with.

Lastly, I think we can all pump the brakes. I truly don't think that Brady is going anywhere. For now. Could I see a Brett Farve situation where he just can't let go of the game? Maybe. The guy is a competitor and wants to do so until he dies. With that being said, I think Brady gets himself another super bowl or two and rides off into the sunset as Patriot. Bringing joy to the entire region of New England like in the years past.