X's and Os': Patriots vs Jaguars 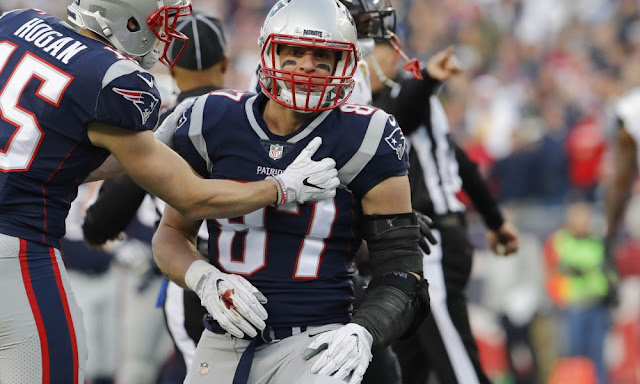 Coming off a victory against the Texans last week the Patriots are facing a much more difficult team. The Patriots are playing the Jacksonville Jaguars, the team they beat in the AFC Championship last year. While it is only week two, this will still be an exciting matchup. The Patriots won last year 24-20, scoring fourteen 4th quarter points while only giving up three points during the 4th quarter.

The Jaguars play a base 4-3 defense, while also playing a cover-3 zone scheme in the secondary. A 4-3 base defense means that the Jaguars will line up with four defensive linemen and also three linebackers. The defensive backs for the Jags are all going to drop back into their "zones." The strong safety will drop down parallel with the linebackers and a nickel cornerback. Both the strong safety and nickel corner will cover the "flats". The "flats" is the area on a football field that runs from the line of scrimmage ten yards downfield, but only from the hash marks to the sidelines. The middle and strong side safety will cover anything over the middle. And lastly the cornerbacks and free safety will drop into deep thirds of the field. Below is a draw up of the Cover 3 scheme. 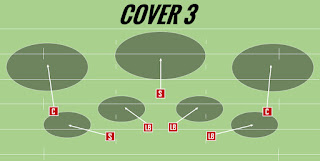 Most likely the Jags DBs will be using outside leverage, since this is normally how you play when you are in a defensive zone. There are certainly vulnerable spots in a cover 3 scheme. The seams are both considered a hole along with the flats are holes. The Patriots are gonna have to use that to their advantage and run some inside routes like double posts, seam routes and a combo with a wheel route would be huge against a defensive scheme like this.

For Example, you could run Gronk up the seam to clear out the saftey, send Hogan on a deep out to clear the cornerback, and hit James White, who should be wide open, on a wheel route in the open flat.

The Jaguars offense is literally split in half. They ran the ball 527 times and also passed the ball 527 times last year. Although they passed the ball over 500 times their completion percentage was very bad. Their quarterback, Blake Bortles, was ranked 26th in the league last year with a completion percentage of 59.9%. The Patriots are going to want to play a lot of man coverage due to the inability to throw the football by the Jags. The Patriots should stack the box and really make Blake Bortles beat them.

With Leonard Fournette questionable the Jags running attack weakens tremendously. Fournette carried the Jags to the number one rushing team last year and is a huge loss if he can't play on Sunday. The Jags really shouldn't risk Fournette in this game either. Like I said, this game really doest meant that much, its only week 2. If for some reason Fournette can't play, TJ Yeldon and Keelan Cole will have to step up.

I don't think this is gonna be as close of a game as people expect, especially if Fournette doesn't play. I think Gronk has a huge day, with about 100 yards and a touchdown. Hogan will surprise people as well with about 90 yards of receiving two touchdowns. The Patriots win 34-17.