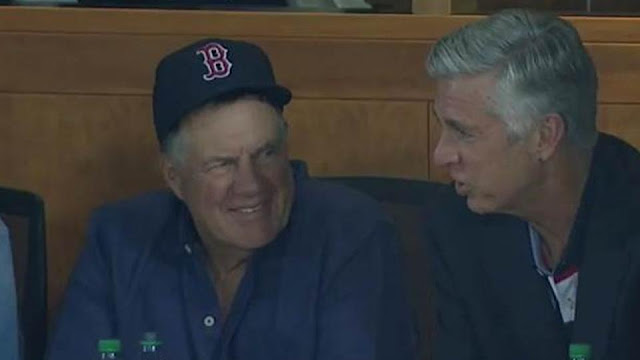 Monday night after the Patriots 25-6 win, Bill Belichick took the chance to congratulate yet another Boston Sports team on their championship year.

"First of all," Belichick said, "big congratulations to Dave Dombrowski, Tony La Russa, Alex Cora and the Red Sox for a great season, championship and just a fabulous year." Belichick also said, "They set the bar awfully high," Belichick said. "It was a good weekend in Boston."

In 2004, the Red Sox and the Patriots won championships in the same year and this year, it feels like the same thing can happen. With the Red Sox winning the first title of the major four sports this year, the road for the Patriots, Celtics, and Bruins is paved. The Patriots play for the AFC championship every year and this year is no different. The Patriots are leading the division and gave the first place Chiefs their only loss of the season. If the Chiefs would lose again the road to the Super Bowl would go through Foxboro. The Celtics also have a tremendous opportunity to win a title this year. The Celtics are the favorites to win the Eastern Conference this year, giving them a shot at the crown against the western conference champs, most likely, the Golden State Warriors.

What a city to be a fan of. Winners dating back to the Revolutionary War. I just cant get enough of it. Inject it into my veins. All eyes are set on playoff football and bringing back another Lombardi Trophy to Titletown.

Lastly can we acknowledge how much swag Bill has wearing that flat-billed Red Sox hat. Look at how it just rests perfectly on the top of his head. He is the definition of sex appeal.