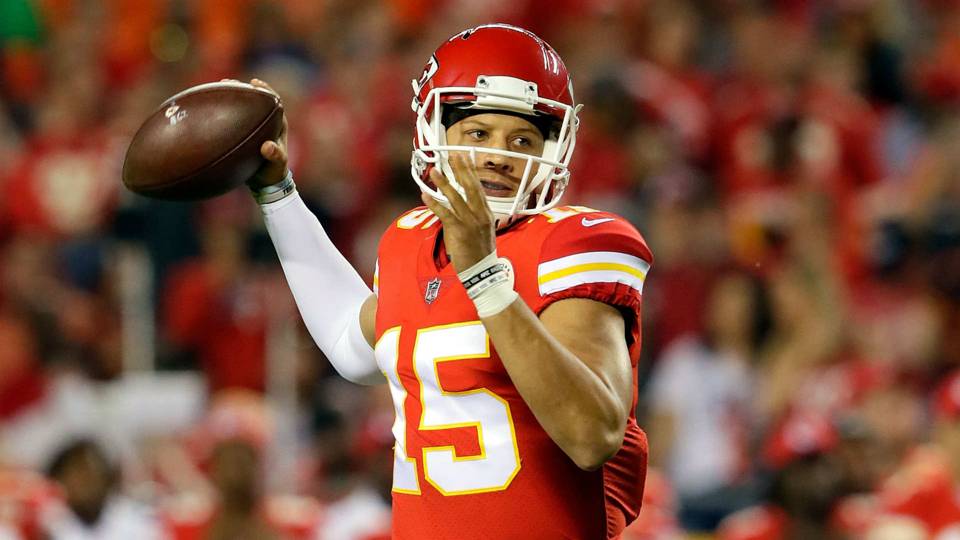 The Pats are likely facing the toughest opponent they've played all season this Sunday night against the Kansas City Chiefs. The Chiefs offense has been very lethal this season and a lot of credit is due to their new quarterback in Patrick Mahomes. The second year QB is a very effective scrambler and has shown he has no fear in throwing bombs down the field to his speedy receivers.

When asked about the young quarterback, Bill Belichick said that the team actually did scout and evaluate Mahomes, but with their first pick being at 61, there wasn't any realistic chance that they could've drafted him.

When asked what he liked in particular with Mahomes, Belichick promptly answered:

"Pretty much everything," he said. "Gets the ball to all of his receivers. Quick release. Sees things quickly. Can extend plays. Got a great arm. Got a fabulous arm. Throw the ball out of the stadium. Makes good decisions. Accurate. Gets the ball out on time."

The Patriots' defense has improved pretty well this season, but playing one of the best offensive teams in the league should prove to be a true test to see where they stand.