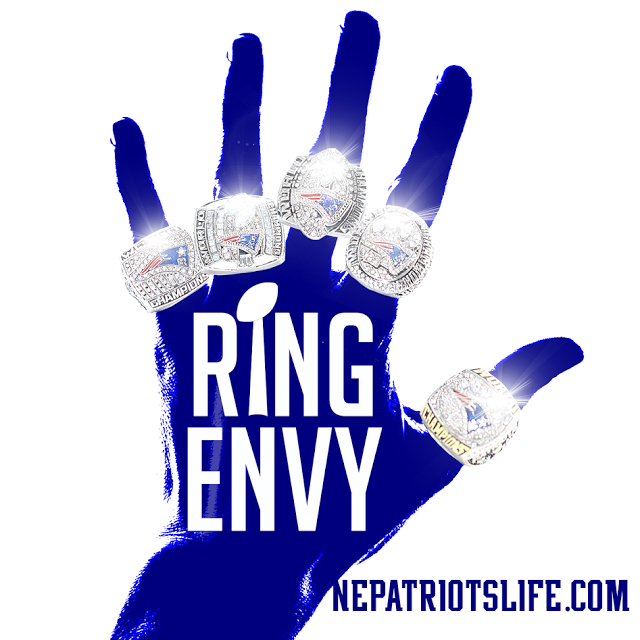 Ah, the Indianapolis Colts. A franchise so pathetic they had to start a fake cheating scandal to have even a sliver of hope of knocking the Patriots off the pedestal they're still on. You really can't get much lower than that. Things haven't gone well for Indy since the AFC title game. Andrew Luck has missed nearly two full seasons with multiple injuries (although he's back now and looking healthy, which is good for the league), and their team is still full of nobodies. Their fans know this, and had no hope going into this one.

Just heard the roof at Gillette Stadium will be open tonight

Any word on the pressure of the footballs?? Haha

Please, just keep the game close at least! I don't want to see another blowout by the pats, especially on primetime

Glad we go on defense first...Lets turn Brady over

Ok Andrew we need you to have best game of your life .

They got away with a pick on that 2nd down play

The Rivalry is back on!

Yes. Lulling them into a false sense of security!

That thing we did. If we could not do it again that’d be great.

Ladies and gentleman we are televising this game nationally so we can spend 3 hours of NON-STOP saying boy these Pats are just great .

did our HB run into our guard on pass protection?? OMG

Is it bedtime already?

So that isn’t landing with your weight on the qb lol...I mean it’s a stupid rule but that was doing it by like 3 guys lol.

Clark just let his man come through untouched. I guess that PFF will rate him as having a great game.

Was surprised at how many people thought this game would be close let alone think we would “shock the world.” We’re about to get beat handily.

Switching from beer to the hard stuff... Hoping I pass out before halftime.

I would hand the ball off every down. Andrew is going to get killed. Colts always play scared against the Patriots. So tired of this broken record.

After this game we will be 1-4 and we can just enjoy watching the games without the hope of winning.

Lol its 1.40am here in Europe. I'm pulling an all nighter to watch this game.. may need to re-assess this decision

I've seen this crappy movie before!

How many more years to fix the oline?

I predicted 48 16 win before game started for the Pats. I am not sure we score hahah. I just knew a blow out was coming with all our injuries. Ballard first order of business next year.....get two O tackles. U watch Luck over the first years of his career and I doubt any qb does wat he did with the talent he has been given. And I am including all the past and present qbs

I just left work early to sit up and watch this. Don’t think i’ll nod off, the pain is too much. Still can’t unders how Ebron dropped that...oh wait, it’s Ebron

I'm getting tempted to root for the Past to blow us out to put us I out place. I'm not there yet.

anyone know the starting line up?

That’s it, can we just go home?

Adam is still a Patriot... jesus

Ya we don’t need Le’Veon Bell or anyone else

James white.. Shane vereen. Dion Lewis. Kevin faulk all the same guy.. how TF do they do it?

I hate to see where we rank in red zone offense

This looks to be a laughable game in the making.

This is starting to look like the AFC Title Game. What a wonderful start

Geathers got lit up

Geathers got blown up by an illegal hit by the RB.

No penalty against the Pats, now there is a shock!!!

This team is so soft it’s embarrassing

Patriots playing to rough for us.

Literally sick to my stomach watching this.

14--0...either we score now or everybody turns to Law and Order....Special Victims Unit

Brady gets his helmet brushed and we hand them 15 yards, Geathers gets knocked out also from an illegal play and we effectively hand the Pats a touchdown......sounds fair.

Disgusting play by our decimated team, disgusting no-calls by the officials. Oy Vey.

How many times have the Colts dropped duds on prime time games? Why do I feel we always play like crap.

Typical Patriots game. The refs are one sided and so are the stupid announcers.

Why are they treating Hines like a bell cow?

Meanwhile, Brady’s throwing to guys behind the LOS and they’re gaining 10-yards a pop.

Ebron would be elite if every pass was difficult to catch.

It's comical. I just jumped on one of the Pats fan forums and they are complaining the same as this group, refs are horrible, etc. etc. etc. Except they feel they are getting the shaft and the refs are taking it easy on us. Everybody gets the homer glasses on come game night.

That pats player tackled him mid air. Caused our guy to come down awkward. That’s an injury waiting to happen

We actually could be in this game if we could just execute.

Sometimes I wish Luck would go to sidelines and yell like Brady. I know that’s not his demeanor but what could it hurt.

2 bad throws in a row by Shady Tom Brady

0-2 in passes that travel more than 5 yards for Brady in this drive.

C'mon I have puked enough today ……. (I live in NY Metro area) I have had to listen to 3-4 NY Radio stations all day (probably still at it) remind the world that the NY Yankees are the 5000 times greater than any other professional organization in the history of the human race. If you do not root for the Yankees you just MUST BE DUMB . I would rather chew on razors than root for the Yankees.

if we had our starters we would be winning

Edelman is such a chump. I wish someone would knock his block off

Is there a more horrible little %#% in the NFL than Edelman, can’t stand him. If he was made of chocolate, he’d eat himself.

So no sacks on stone foot Brady yet.

So who can go both ways if we lose anymore guys??

Sooooo......most people predicted the Colts would get handled being so short handed...then lose more players....then get mad when Colts are getting handled.

Colts are soft dropping like flies. Young team will think the Patriots are the scariest team in the NFL after this beatdown.

As long as Brady is playing, the only way we beat the Patriots is the same way we beat them 10-15 years ago - surround Luck with weapons, build a super offense and outscore them.

Wow a penalty against pats

Don't know if I'll b back after halftime

Are we not even trying to cover the backs out of the backfield?

Can't believe how butthurt some Colts fans are about Brady.

we might as well blitz on every play, they cant cover anything

Score here. Then we get the ball to start the 2nd half. Let's go!

Good play. Party is over

This team is so bad.

No excuse for that throw man

we let the DE walk in untouched.....and they read the 'hot read' better than we did.

Thanks for gifting the Patriots another chance, Andrew. So dumb.

why do our primetime games have to be against the pats

Its never been rivalry folks! They own us.

Bright side is it's half over.

This team is a dumpster fire.

Sucks so much to be destroyed on national tv, the average viewer doesn't know that we have 11 starters out, :/ people now will think that we're this bad

We are PATHETIC!!! This team might be young but come on, they just look really bad. Probably would be best to pull Luck so he doesn’t get killed. So far the results are the same with the new leadership.

Well truthfully, only one team is going to be happy at the end of the year. I just hope it's not these Patriots.

Think we could convince Gronk to eat a tide pod? Tell him it’s pre-workout?

The Pats team is filled with a bunch of nobody’s except for Brady but they continue to dominate,

Sheard almost got Brady for a safety....Yeah, I know. Almost. But he got there.

TD, Luck to Ebron! Luck looked fired up on the sideline, do not see that much!

I'd love to see Sheard, former Patriot, lay a hard hit on Brady. A sack would be great right about now.

For as bad as we are, how are these unbelievably superior Pats only beating us by 14...hmmmm

Our guys still have plenty of fight left in them!

No excuse not to light up these slugs...if jags & lions did so should we.

Farley with the pick! Got the stop. C'mon, offense, get some points!!

We dont need to be posing when we're down 14 boys!!

Might have been 6 of we didn't push Hogan to Farley

Nice INT!!! Do we really need to do the group photo?

Yeah. Fumble. He wasn't down. What a waste of an interception.

If we could get this to one score it could be an entertaining 4th quarter.

We need 7 here to have any chance. If we can get it to 24-17 the game will be on, We are definitely a team that doesn't quit.

Hey, our 2nd team is better than the dolphins lol

That was a very, very bad drop.

That drop is a KILLER!!!

The pats will be one of the most untalented 3-2 teams in nfl history.

Wooooooooooooohoooooooo, we could win this. Just thought about all the guys who stopped watching at halftime.

Told you guys that 06 afccg magic, but nooooooooo one wanted to believe me

That was a hold on Dorsett.

NE got away with holding on the WR screen

This team is trash

lol... Brady had ALL DAY to toss that , and we still should've batted it down

No way that should have been caught.

That was major Holding on the Pats, Brady had all day to throw. The throw was even lucky. Into double coverage LOL. Man we can't catch a break against this team.

I’m not sure how 2 guys let that be caught. Wow

Wow, I have seen it all!

Do our receivers use grease on their gloves or what?

Alright that will do it. Not enough talent on the team to begin with let alone dealing with 15 freaking injuries.

We have a worse record then the browns everyone

Defense got nothing left. Can't even rag on them at this point.

Soo we just have the dumbest. Least fundamentally sound team... just the timing we choose to make these * plays are just kill me

Could we be any worse? Wow what an embarrassment. We really showed those Patriots. All we want to talk about is how they may or may not have deflated footballs (forever ago) or how their assistant coach stiffed us. It doesn’t matter, Pats are still winning and we are still losing and living in the past. At this point, time to bring in Jacoby and not get Luck killed. Colts are wasting Lucks best years. Wouldn’t surprise me if Luck wants out.

I wish luck would rip into this team. A bunch of no catching sorry receivers

4.45am and I’m still watching this

NE is trash. Their decline is real. They're done!