Bill Belichick will not let his team sleep on the Bills 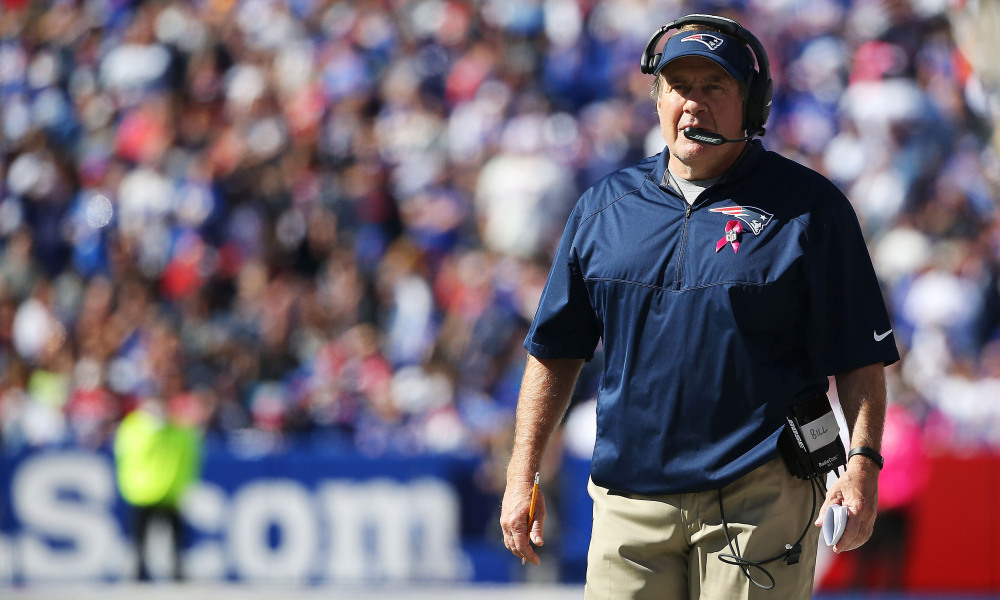 The Buffalo Bills may be 2-5, but in the eyes of Bill Belichick, they should be treated like the Golden State Warriors. The Patriots take on the Bills Monday night, who are not only averaging just above 10 points a game, but turn the ball over like its the key to victory (8 times in the last 2 weeks). What I'm going for with all these analogies is that I don't think the Bills are a great team, plain and simple. However, nobody is better than Belichick at focusing on an opponent and finding any possible way that they can give you trouble.

The offense is on to a very lackluster start, mostly due to rookie Josh Allen's injury and the poor performances of Nathan Peterman.

However, their defense as been effective this season, ranking third in yards allowed and eighth in sacks. This was also were Belichick set his focus during his Wednesday press conference.

"Defensively, this has been a really impressive group," Belichick said. "They don't give up many yards, turn the ball over, really good up front, make a lot of negative plays, sack the quarterback, tackles for loss, turnovers. They're really good in their kickoff coverage, punt coverage units. They do a really good job on that. Those are mostly defensive players."

Although the Pats are two-touchdown favorites in the Monday night matchup, it is a division game, so Belichick will be treating this game just as importantly as any other.

"It's a division game," Belichick said. "It's always tough with them up there. We know that. I mean, we know it's going to be tough. We talked about it, but talking about it is the easy part. It'll be dealing with it Monday night that will be the hard part."