So much for the Patrick Peterson trade 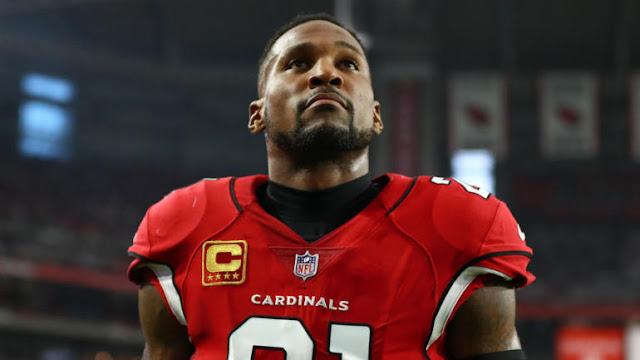 So earlier this week I blogged about the Patriots having a lot of interest in trading for the All-Pro cornerback Patrick Peterson. It turns out that Peterson is now wanting to sign a long term deal with the Arizona Cardinals. This is bananas. How can you go from demanding a trade to wanting a long term deal. Nobody would have batted an eye over Peterson requesting a trade, due to the pitiful season that the Cardinals have had this year. Three of the Cardinals' six losses this year, have come by 20+ points or more, and it certainly wasn't Peterson's fault.

The Patriots were one of the top teams that Peterson wanted to go to, and probably would have made a huge difference for the teams defense, which is why this hurts so much more. I certainly don't think the Patriots need Peterson, but more help at defensive back is always a good thing.

Adam Schefter reported that Peterson met with the Cardinals' ownership to discuss his future in Arizona.


Back story to Patrick Peterson announcing he's staying with Arizona: He met Tuesday for 30 minutes with Cardinals president Michael Bidwill. They discussed ways for the Cardinals to get better and for Peterson to be a leader. PP got assurances from ownership about winning.
— Adam Schefter (@AdamSchefter) October 24, 2018

One can only wonder, what in the world made Peterson change his mind. Did they offer him a huge extension that we aren't aware of yet? Is his family okay, have they been kidnaped? What could possibly make a player wanna play for the Cardinals over a Super Bowl contender like the Patriots, Chiefs, etc.

On the other side of the coin, why do the Cardinals want to keep a player, who has shown displeasure with his team. Peterson is a valuable player who could certainly bring in assets for this rebuilding season that Arizona are in.

Could you imagine Bill Belichick and co. turning their heads to a player who has publicly shown his displeasure for the team he is currently on? I can only imagine that he would be on the next flight, to wherever the Pats send him, probably a really crappy team like the Cardinals or Browns, which Belichick is known to do in the past. Theres no way that all of the sudden Peterson's feelings have been dropped. I mean I would be shocked, if thats the case, and maybe Peterson's indecision is bad news. Their season is over, as of now, and it would be very surprising to me that his feelings about the current situation won't surface again this year.