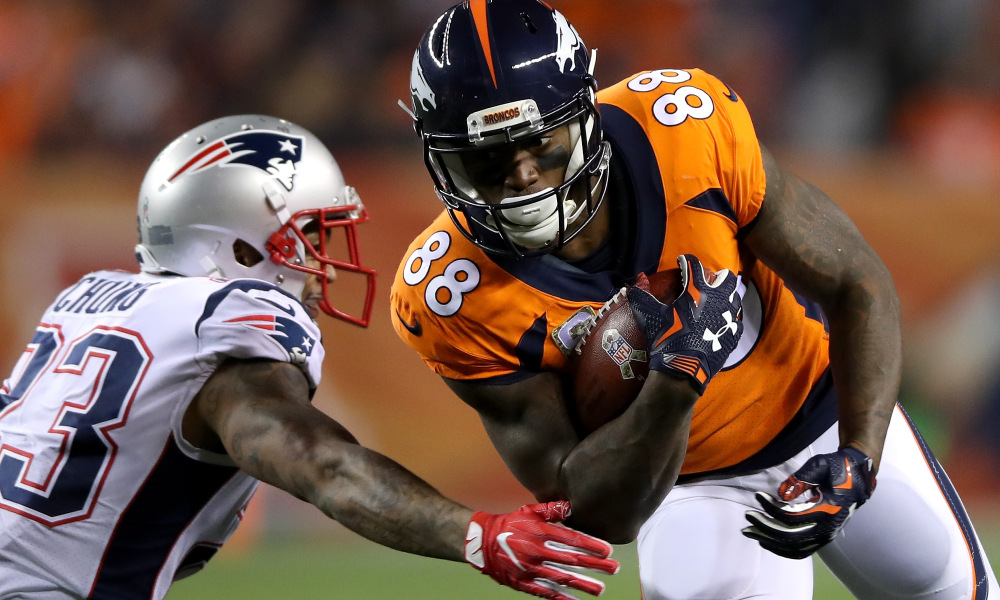 There are many rumors going around the league this time during the season as the trade deadline approaches. While I have learned over the years to stop guessing what Bill Belichick will do, I do find some interest in the pickup of Broncos wideout Demaryius Thomas.

Even though the Patriots seem to have fixed their problems in the receiving group, I wouldn't be upset if the Patriots were able to swing a deal for Thomas if the price is right.

He has a very good relationship with Josh McDaniels, who was the head coach in Denver when the Broncos drafted Thomas in 2010.

Although Thomas might not be very necessary right now, he could play a big role down the road. Julian Edelman is the only receiver signed through 2019, so it would help to have a great talent like Thomas locked up for some time. Also, it provides insurance in case of a worst case scenario for the offense if Rob Gronkowski or anyone else is to get injured.

Again, these are all just rumors, but the trade deadline ends tomorrow at 4 p.m. so if anything is to happen, it will be soon.