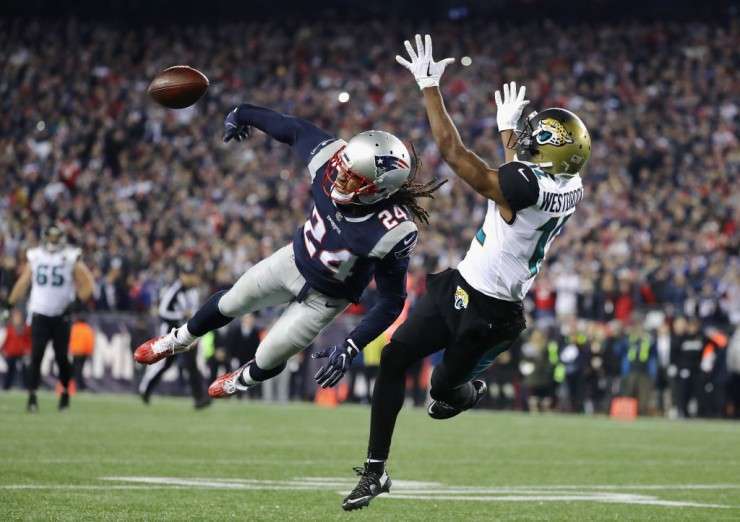 When you think of a loud and rowdy locker room guy, cornerback Stephon Gilmore usually wouldn't come to mind. When asked about the pure opposite personality at his position in Jaguars' star Jalen Ramsey, Gilmore had something to say about the trash talking corner.

When asked to elaborate on what he meant by "they're playing", Gilmore took another jab.

“It’s his personality,” he said. “That’s not my style, but I find a lot of guys that talk are mostly zone guys so they have a lot of energy to do that.”

Well to me, that seems like a chill way of basically saying Ramsey talks as much as he does because he plays an easier role. Whether he meant it as a shot or not, Gilmore is the top guy in one of the heavier man-to-man defensive schemes in the league, so he seems justified in his comments.

Gilmore also gave an explanation on why he doesn't play too much into the trash talking game which is a very common trend in today's league.

And finally, to wrap it all up in classic Patriot fashion, heres what Gilmore had to say about facing off with the Chiefs this Sunday night:

“They’ve got a lot of explosive receivers, they’re undefeated. They’ve got a good quarterback so it’s going to be a fun opportunity to go out there and play.”