X's and O's: Patriots vs Chiefs 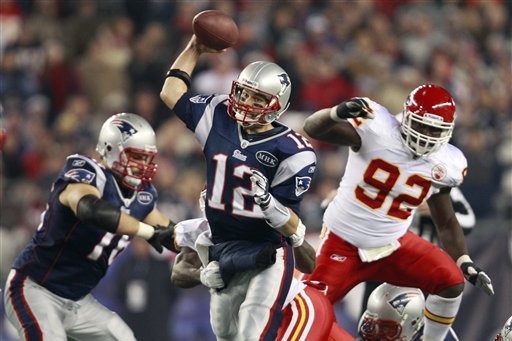 Ugh man, its one of those weeks again. I have to wait until Sunday night to watch the Patriots play. The Pats play the undefeated Kansas City Chiefs on Sunday night at 8:20 EST. I know this is a Patriots blog but can we all admit how awful it is that I have to flip in between this great game and game two of the Red Sox in the ALCS. That absolutely sucks.

The Chiefs play a man to man scheme with a 3-4 base. The chiefs ran a man to man scheme 46.3% of their defensive snaps last season. A 3-4 base means that there is going to be three defensive lineman and four linebackers. Man to man coverage is a simple as it sounds. The players will cover the man they are assigned to.

The Patriots have looked really good these last few weeks. Sony Michel has been a stud at running back, James White has done tremendous catching the ball as a running back, and the pressure has been taken off of Gronk now that Edelman and Gordon are starting to get into normal form.

If Michel can get the running game going I think that the Patriots are going to send a shock to the NFL and route the Chiefs. If the Chiefs have to focus on the run game at all then their man scheme becomes much harder. I look for Edelman and Gronk to have huge days. Gronk is historically better when matched up against a linebacker and Bill Belichick will put him in positions to go against a LB.

The Pats will run Michel and White all day. They'll be huge tonight. Since its man to man coverage look for a lot of mismatches. The Pats can run trips formations, which means three receivers stacked on each other on one side of the field. Look for plays with picks in the or rub route concepts. Look for a lot of mesh route concepts, slants, passes up the seam to Gronk and out routes to Gronk. The play below will show how to attack a man to man defense. 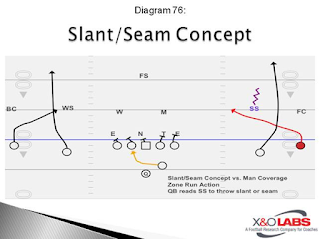 The Chiefs offense relies on mismatches and open space as well. Get the ball to Tyreek Hill in space and allow him to use his speed. Theres no doubt that Patrick Mahomes is a stud, so the Pats defense needs make him as uncomfortable as possible. If the Chiefs can establish Kareem Hunts ability to run fairly quickly then the Pats could have some trouble.

The Patriots Play a mixture of man to man and zone. Expect to see more zone than man to man tonight. The Patriots can play man to man as good as any team in the NFL but the Chiefs offense has done really well this year. The Chiefs average 413 total yards per game.

The Patriots have to throw the first punch tonight. The Chiefs are a young team and haven't faced any adversity this year. If the Patriots make them play from behind then maybe the Chiefs won't be able to handle the pressure.

I think the Pats come out running the ball like they have the past few games. They will use James White in various roles such as running like a normal running back and lining up as a wide receiver. James White will continue his streak of touchdowns with two Touchdowns tonight. Edelman will get his first touchdown of the season and Josh Gordon will get his second as a Patriot. I have the Patriots winning 34-17.