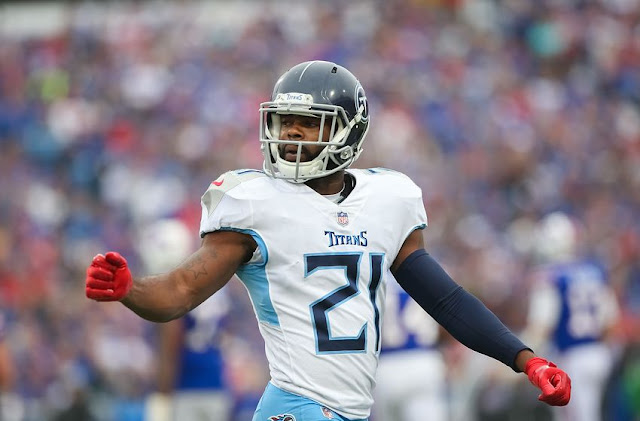 The Malcom Butler saga in New England continues this week as the Patriots play the Titans. Since Malcom Butler was benched in the Super Bowl for unknown reasons, there has been a lot of unanswered questions. When Butler decided to test free agency and join the Titans, the Patriots secondary was immediately thought to be left off worse than when he was on the roster.

Truth is, it has been the complete opposite. The Patriots secondary has been really good. Stephon Gilmore, a cornerback that the Patriots signed in last year's offseason, has been a leader for the Patriots defensive backs has covering the best receivers on each team and Bill Belichick has high praise for him.

“I have a ton of respect for Stephon,” Belichick said Wednesday, when asked a question about the trust required to give a corner a challenging assignment. “He’s covered and played against a lot of guys in this league. He’s willing to do whatever you ask him to do.”

Belichick went on to compare Gilmore's efforts this season to former DBs Ty Law and Aqib Talib. Gilmore reacted to the praise with humility, the classic patriots way.

“That’s a great compliment,” Gilmore said. “But I just try to focus on each week, and we have Tennessee this week and they have some good players over there. So you have to really focus in and try to win your matchup and not let your team down.”

The the last four weeks the Patriots have beat, the "best team in the NFL", the Chiefs, nearly shut out the Bills and held them to zero passing touchdowns, and picked the Bears off twice.