X's and O's: Patriots vs Packers 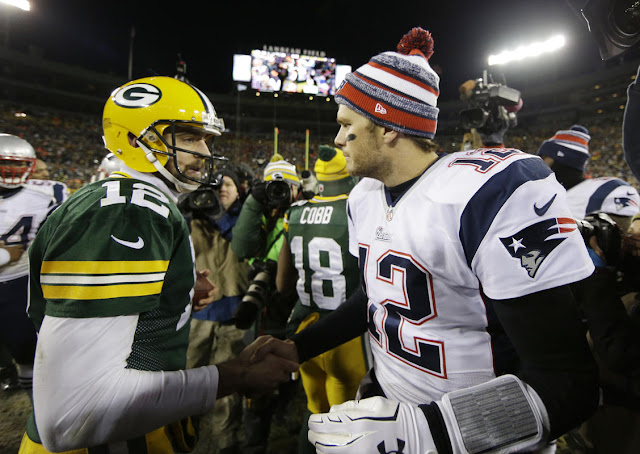 Every four years the Patriots get to play the Packers. Although it seems that Brady vs Rodgers is all that anyone cares about. The Patriots just came off a win in Buffalo and now have won five straight wins including a win against the Chiefs. On the other hand the Packers have lost two of their last three games. The Patriots are still somewhat injured with Rob Gronkowski having back spasms and an ankle injury, along with Sony Michel and his ankle injury.

The Packers run a 3-4 front with man to man coverage in their secondary. The 3-4 defense will be helpful for the Packers considering the patriots pass more than they run. The Packers give up 340.9 yards per game, 221.7 passing yards and 119.1 rushing yards. If Sony Michel is healthy and can play well tonight the Patriots will route the Packers. With Michel being out last week there was a noticeable difference in the attack of the Patriots offense with out him.

The Packers run a man to man coverage. With the Packers trading away safety HaHa Clinton-Dix, the Packers secondary just got weaker. The Patriots will want to create mismatches. Gronk on Linebackers, Edelman and White on linebackers, Gordon on safeties. For example if the Patriots can run Gronk up the seam and then have Gordon run a deep post, while White runs an out route and Edelman runs a slant on the same side as Gordons post they will create a disaster for the Packers secondary.

The Packers don't have much of a running game at all so all defensive eyes are on Aaron Rodgers and the passing game. Aaron Rodgers is gonna have to do it all himself. He's gonna be looking for Randall Cobb and Jimmy Graham all day. The Patriots will want to run man to man with some cover-2 to minimize Green Bay's offense.

I don't think the Packers are that good this year. With a 3-3-1 record the Packers don't have many offensive options and their defense is awful. If Michel is healthy, then I expect the game to be over by halftime. I think that Edelman has a touchdown, Gronk gets a touchdown, white has two touchdowns and the Pats win 31-14.