The Patriot playoff path will be difficult, but not impossible 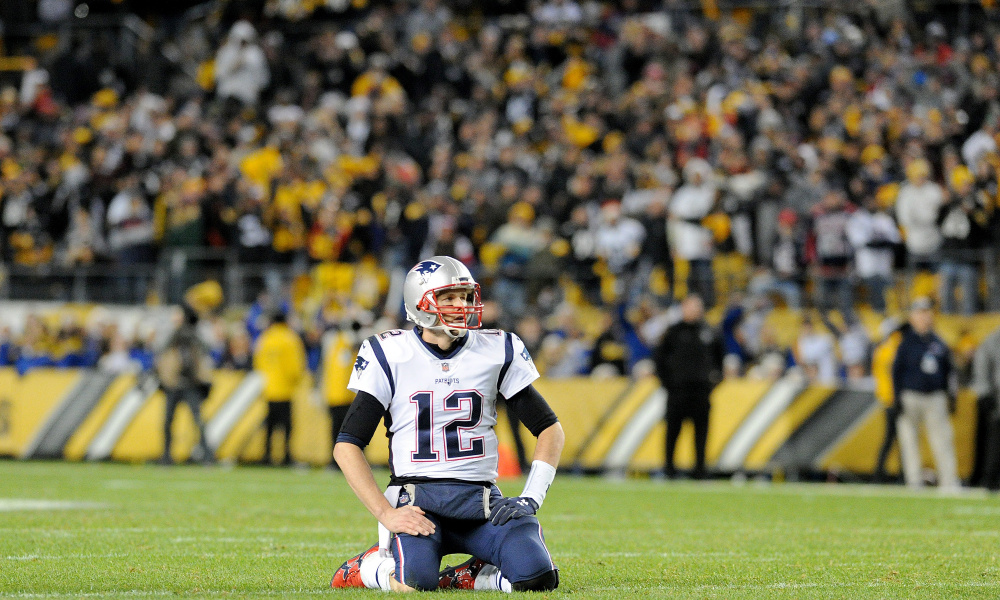 The frustrating 2018 Patriot season continues with another head-scratching loss in Pittsburgh. Not only did the Patriots manage to only gather 10 points of offense, their run defense made third stringer Jaylen Samuels look like Barry Sanders, getting 142 yards off 19 carries. They also decided it was in their best interest to get 14 penalties, most of which came before the ball was even snapped.

The more concerning part of this loss was that Pittsburgh played just as bad, with 2 interceptions and had the genius idea to put 3 men covering Josh Gordon, which allowed Chris Hogan time to score a walk-in touchdown while checking up on his old Lax Bros.

As brutal as these last two weeks have been, the Patriots will still make the playoffs. They have looked fantastic at home, and they're playing the Bills and Jets the final two games. For my sanity, I am just going to chalk those up as easy wins and give the Pats a 11-5 season.

When the Pats finish 11-5, Houston will need to lose at least one of their final two games in order for New England to get into the second seed in the AFC. If Houston is able to win out, we will be forced to play in the strange land known as the wild card round and likely face either the Colts, Ravens or Titans. In this scenario they will then travel to Houston for the divisional round which should be tough but not too drastic.

This team has been so back and forth that I wouldn't be surprised if they either lose the first game in the playoffs or turn it on at the last second and snag another ring. I try to remain as optimistic as possible when it comes to the Patriots but they have really played around with my emotions this year. Well, its that time of the year where they either defy everyone and dominate or fall apart. Go Pats