X's and O's: Patriots at Dolphins 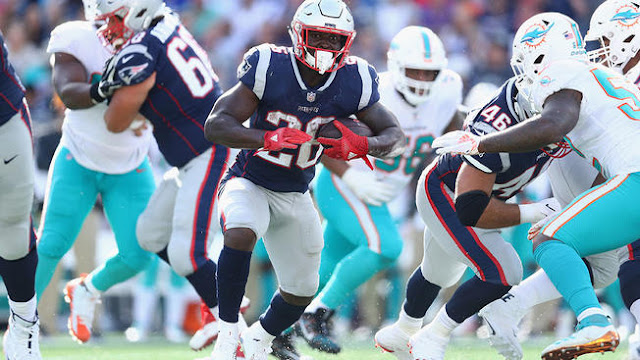 "It's been a challenging environment," Brady said, via WEEI.com. "I think the climate plays some role and they always seem to play well when they play us down there."

Miami runs a base 4-3 defense and a cover-2 in their secondary. The Patriots are ranked 26th in the league, with 607 passing yards, which also gives the advantage to Miami. The Patriots have to come out with incredible passing execution. A cover-2 scheme is a zone scheme where all of the linebackers and defensive backs drop into their zones. The two safeties drop back into the outside "deep thirds" while the middle linebacker takes the middle third. The cornerbacks drop backs and cover anything five to ten yards away from the line of scrimmage. The cornerbacks will cover the flats and the outside linebackers will cover anything over the middle.

If the Dolphins come out in a cover-2 scheme, the Patriots need Gronk to clear space going up the seam. If Gronk doesn't show up this week its gonna be another rough week for the Pats. The Pats need Gronk to find the hole in that scheme while going up the seam so that Brady has more options, Brady can hit Gronk up the seam or find one of there other receivers across the middle of the field in a route concept like a mesh concept. The Dolphins have a really good defensive back group. The Patriots will want to use Josh Gordon, Julian Edelman, and James White. In the first matchup, Sony Michel rushed for 112 yards and one touchdown. If Michel can do that again, the Patriots will cruise to another easy win.

The Patriots like to run a mixture of man and zone. The Patriots are allowing 4.7 yards per carry. The secondary has been average while also allowing 263.0 passing yards per game. The dolphins are going to try to establish a run game very early so that the Patriots have to focus more on the run game which will allow Ryan Tannehill feel more comfortable throwing the ball. If the Patriots can provide pressure to Tannehill early in the game it will make the Pats secondary have an easier day. The Pats defense has done really well recently. The Patriots have held teams to under 20 points in their last five games.

The Pats may struggle this week, given that they are playing in Miami. The Pats will force two turnovers. Gronk will score, Michel will score twice, and Edelman will score. The Patriots will win today in a close one 21-17.