X's and O's: Patriots vs Buffalo 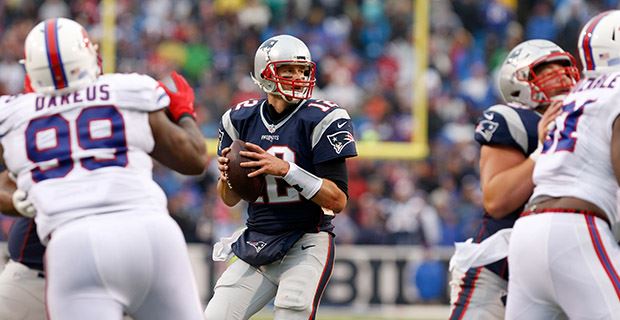 The Patriots are coming off a tough loss in Pittsburgh, now dropping to the third seed in the AFC playoff race. As tough as Sunday's loss was, the Patriots suffered an even tougher loss during the week, with Josh Gordon leaving the team due to mental health issues, creating some uncertainty for the Patriots offense. 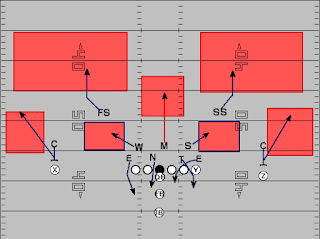 This week is gonna be a litmus test for the Patriots. If the Patriots come out and play really well, and have great execution, then I will feel pretty confident going into the playoffs. Gronk really has to step up his game. With the Loss of Gordon, the Patriots will need Gronk, Edelman, Hogan, even guys like Philip Dorsett and Cordarrelle Patterson to step up and contribute to the offense. The Patriots are going to do a lot short methodical drives, as usual. Edelman will be used on a lot of slant and out routes, Dorsett and Patterson will be used in a post, drag, and vertical routes. For example you could run Patterson and Edelman on the same side, while having Edelman run a slant route and have Dorsett run a shallow post about 10 yards deeper than Edelman. James White can run a flat route to the opposite side of the field to even out the field.

On the other side of ball the Bills actually suck really badly. They're the second worst team, when it comes to offensive yards. The Bills average 293.4 yards per game, 168.7 passing yards and 124.7 rushing yards. The Patriots need to eliminate the run game and force the Bills quarterback have to make decisions quickly.

I think that this game can really go either way. I could see the Patriots coming out and showing the league that they can win amidst adversity, however I could see them coming out and struggling offensively, The Patriots are going to win today, 31-10. The Pats defense is gonna come up big today. They will force a fumble and pick the Bills off twice. Edelman has a touchdown, Hogan gets another TD, Michel gets one, and Patterson gets a touchdown.