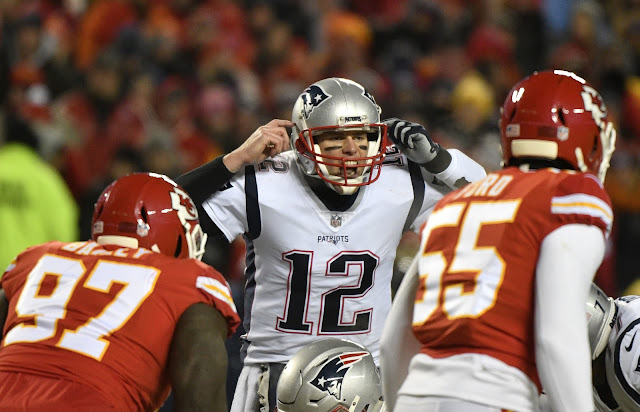 Arrowhead Stadium, home of the Kansas City Chiefs is known to be a tough place to play in, especially in the cold month of January. In a video from the AFC Championship game on Sunday night, it appears that a fan of the Chiefs points a laser pointer in Tom Brady's face on multiple plays. KMBC reporter William Joy posted three different plays on his twitter highlighting the fan who allegedly pointed his/her laser pointer at Brady. Whether or not the fan actually used a laser pointer to distract or interfere with the game is still known.

Our photographer, Turner Twyman, caught someone pointing what appears to be a laser pointer in Tom Brady's face last night. Play between the "muff" that wasn't and Sorensen int. @NFL, @Patriots and @Chiefs all told me they weren't aware of the incident. pic.twitter.com/ejWBQ6i64C

UPDATE: A headline on ESPN reads that the NFL will be further investigating the Patriots for this offense and Tom Brady will be serving a four game suspension starting at the beginning of the next season. Not really but you get the point.