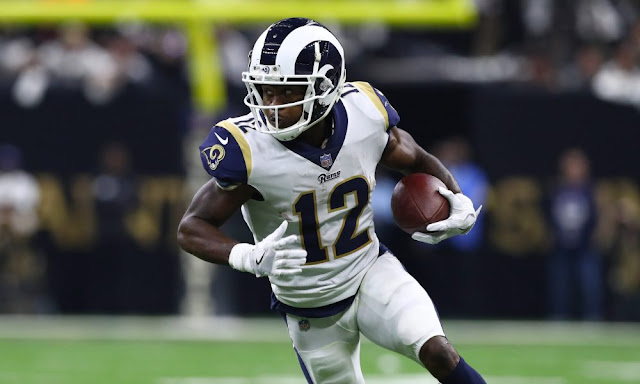 Patriots safety, Patrick Chung, did something that nobody in the Patriots organization expected to happen. During his speech at the Patriots sendoff rally, Chung yelled were "gonna go out there and kick their ass, baby!"

This is interesting because we normally don't see Patriots players giving other teams bulletin material. Chung's message was quickly relayed to the Rams and during their rally, former Patriots wide receiver, Brandin Cooks fired back some words for the Patriots Safety.

"Hey, Chung. We heard you talking that talk back there in Foxborough," Cooks said. "Let's get this straight."

At the Patriots' rally, Patrick Chung said, "We're gonna go out there and kick their ass, baby!" Then at the Rams' rally, Brandin Cooks told the crowd, "Hey Chung, we heard you talking that talk back there in Foxborough ... let's get straight," before dropping the mic on stage.