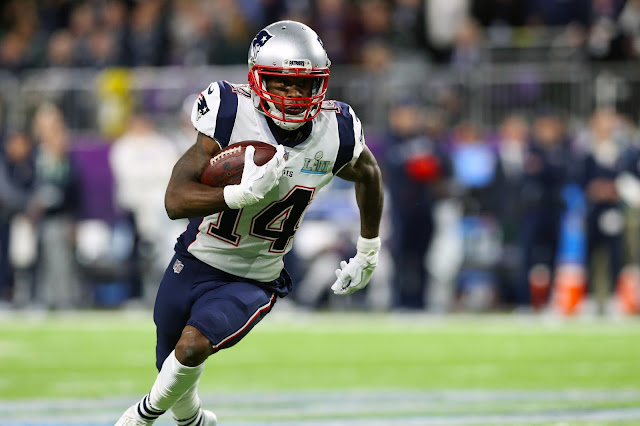 Super Bowl week kicked off on Monday night, with the Opening media night. Cooks was traded to the Rams with a fourth round pick in return the Patriots got the 23rd pick in the Draft. After being asked about his trade from the Patriots in the summer, Cooks called the trade "unfortunate."

“It’s one of those things that they operate in such a way that’s unique to most other teams, and you think you can be somewhere for a while, but at the end of the day you don’t hold on to that. It’s unfortunate," Cooks said. "But at the same time I’m blessed. (God) sent me somewhere that’s so special, and that’s all I can do, is be thankful for that fact.”

Cooks also talked about his time with the Patriots and the time spent under Belichick and McDaniels.

“Absolutely. I became a smarter football player, there’s no doubt about it," he said. "Learning from a guy like coach Belichick and Josh McDaniels, just becoming more of a student of the game I learned a lot from them. And just being disciplined and doing my job the best way that I can. And the little details is huge over there, and I learned that as a player.”

Cooks had 65 catches for 1,082 yards in the regular season with the Patriots last year. He also tallied 80 catches for 1,204 yards this year with the Rams. Cooks was a major contributor with Patriots last year until he was knocked out of the Super Bowl with a concussion. Cooks also provided an incredible threat to defenses for both the Patriots and the Rams in his last few seasons. It'll be interesting to see the scheme that Belichick draws up to control Cooks considering he saw the receiver in practice everyday last season.