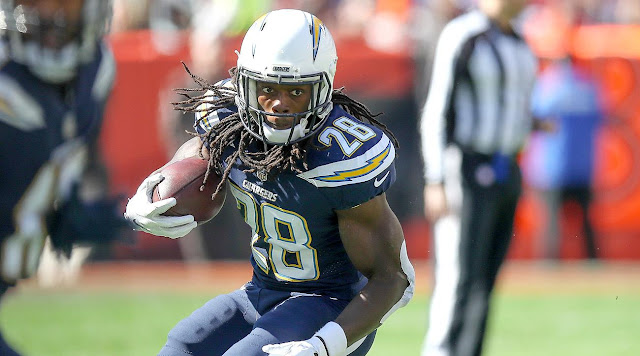 Melvin Gordon, the Los Angeles Chargers running back, has made it clear that he is rooting for the Patriots in the Super Bowl this Sunday. Gordon doesn't seem to care that the the Patriots beat them in the divisional round if it means that their crosstown rivalry, the LA Rams, win the Super Bowl.

The #Patriots knocked the #Chargers out of the playoffs.

Gordon also talked about his how his relationship with Gurley doesn't change the fact that he wants the Pats to win.

"I love all of the guys over there," Gordon said. "I'm cool with Todd and all of those boys, but man, I need those boys to lose."

Gordon seems to be one of the few people outside of New England that want the Patriots to win their 6th Super Bowl. If the Patriots win they will tie the Pittsburgh Steeler with the most Super Bowls by one team.