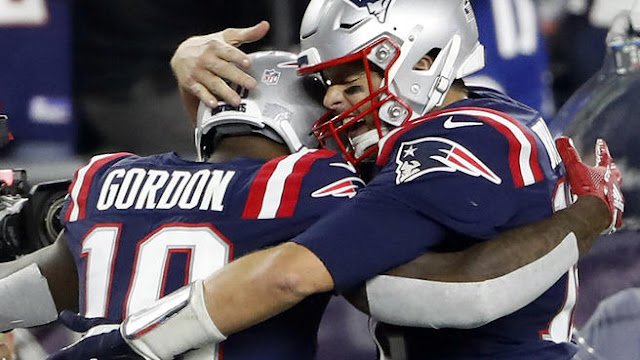 Immediately after the Patriots won the AFC Championship game to advance to their third straight Super Bowl, Josh Gordon took the time to post on his Instagram page congratulating his former teammates.

View this post on Instagram
To the most passionate, dedicated, honorable, & hardest working group of men I’ve ever met. The integrity, love, and passion you guys share for the game will echo throughout your legacy.. #onemore #lfg 🔥🐐🍀
A post shared by Josh Gordon (@flash) on Jan 20, 2019 at 7:37pm PST

This isn't the first time that Josh Gordon congratulated the Patriots this offseason. Gordon posted after the divisional Rond as well. While Gordon didn't get the ending he envisioned in New England, his gratitude for the the Patriots organization still remains.