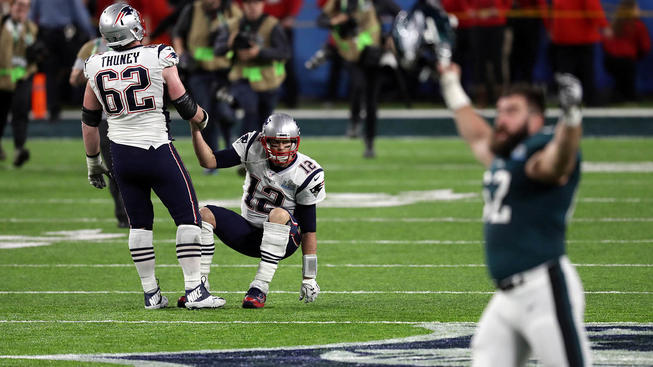 No one likes to come up short and fail at something, but part of not achieving a goal is to learn and adapt when the opportunity presents itself again. The Patriots are lucky enough to have a shot at redemption for last years Super Bowl loss with their third straight shot at winning it all.

“I don’t want to feel like that again,” Stephon Gilmore said after Sunday’s AFC title win. “To go that far and come up short, I want to win.”

As a fan, you want to see your team get every shot at success, but to make it that far and come up just short as a player must be devastating. Some players feed off the energy from the past, but for David Andrews, he wants to leave the past right where it is.

Most of the roster from 2017 has carried over into this season, so the feeling and drive for a championship is very real. The Pats fly out for Atlanta on Monday to take on the young and hungry Los Angeles Rams for yet another shot at their 9th Super Bowl under Brady and Belichick.