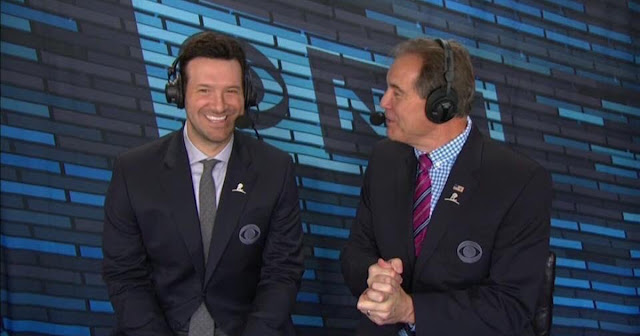 By now, you know of Tony Romo's psychic abilities.

The former Cowboys quarterback, now the main color analyst on CBS who will call Super Bowl LIII alongside Jim Nantz, was asked to predict the final score of the game.

Romo's propensity for accurately predicting plays before they happen was on full display during the Patriots' 37-31 AFC title game win over the Kansas City Chiefs. But that was hardly the first time Romo has done that.

In his very first game as a broadcaster (Week 1 of the 2017-2018 season), he accurately predicted a handful of plays before they happened and it became a national story. He is far and away the best at explaining the X's and O's in a way that anyone can understand and has a level of enthusiasm that is unmatched by any broadcaster.

That, at least for me, is going to make watching this Super Bowl a lot more fun.