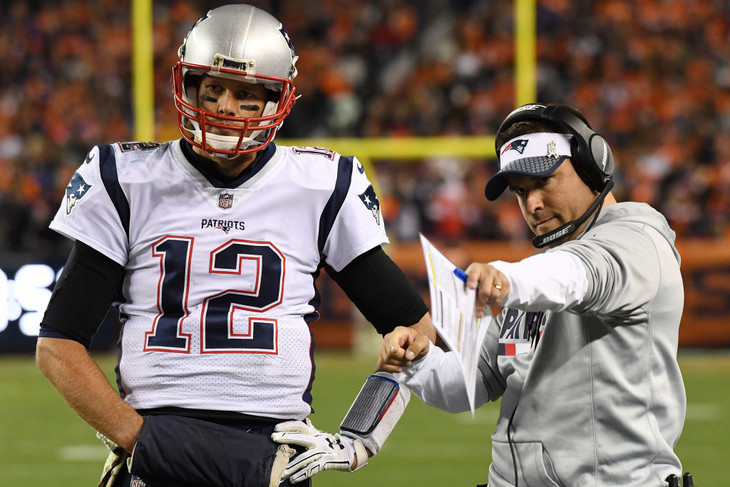 While this Super Bowl won't go down as the most memorable or highlight filled replay of the year to most fans, the coaching jobs by both teams was a real treat to watch. The Super Bowl is where the best minds have weeks to watch and prepare for their opponents and this game showed how well planned both defenses were.

Tied 3-3 going into the 4th quarter, Josh McDaniels made a crucial adjustment that opened up the defense for Brady. The offense came out in a lot of two tight-end sets, forcing the Rams into 3-4 coverage. Wade Phillips' defense struggled all year in 3-4, averaging almost 8 yards per attempt. The Patriots exploited this weakness and drove down the field rather quickly, with big plays by Edelman, Burkhead and the perfect pass from Brady to Gronk down the sideline.

Belichick as he often does, gave a lot of credit to his players and coaches for adapting mid-game and executing the game-winning drive.“Josh McDaniels made a great adjustment,” Belichick said. “We talked about that on the sideline. We went to a two-tight end offense, but we spread them out. We were able to complete some passes to Julian (Edelman) and then to Rob (Gronkowski) at the goal line to score (on the next play). It was really well executed. It was not something we had anticipated doing a lot in this game."

Rob Gronkowski also discussed his confidence in McDaniels' play calling down the stretch. “I knew it was going to come to me,” Gronkowski told reporters. “I just had a feeling. You know we ran the play like two plays before, kind of beat the guy, had a little leverage. McDaniels saw it, he repeated the play again. I knew it as going to come to me, Tom put it up there, I went and made the play. Just surreal.”

It wont go down in the history books at the most remembered or thrilling Super Bowl, but those who can really appreciate football and what goes into the season to win will certainly remember how phenomenal the coaches and game planning was. To make such a big adjustment, that wasn't even part of the plan going in, and for the players to execute it to perfection is really something to marvel at.