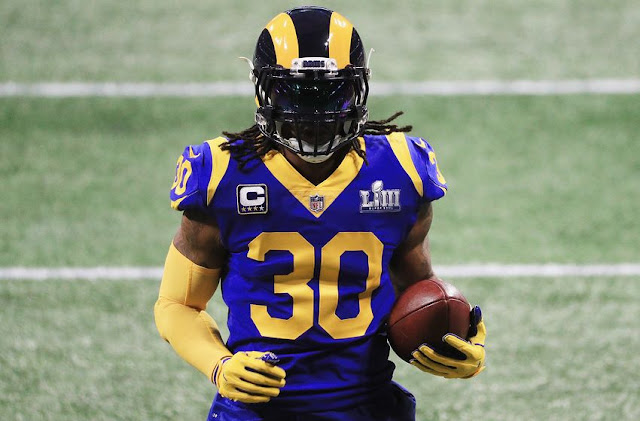 Todd Gurley had quite the season. He rushed for 1,831 yards and 21 touchdowns this year. With all that said he pretty much disappeared in the conference championship and super bowl. It was well known that Gurley was injured, but the question was how injured? And was he healthy enough to be effective in the Super Bowl? Spoiler alert, he wasn't.

Before the Super Bowl Rams head coach, Sean McVay, claimed that Gurley was healthy and that he wasn't used because of the game plan.

“He is [healthy],” McVay said. “I never enabled him to get into a rhythm offensively. … I think a lot of it was a result of some of the things they did, but a lot of it was play selection. I was not pleased at all for my feel for the flow of the game and kind of making some adjustments as the game unfolded. … I certainly didn’t do good enough for us, but Todd is healthy.”

On FS1's debate show, Undisputed, CJ Anderson set the record straight about the Rams offensive issues in the Super Bowl.

"[New England] slowed down a lot of our big plays and it was frustrating."@cjandersonb22 on Super Bowl LIII pic.twitter.com/iGoe1GWe3D
— UNDISPUTED (@undisputed) February 19, 2019

Its an interesting subject to say the least. Why not come out and say that Gurley was hurt? Was Gurley dishonest with the team? Where do the Rams and Gurley go from here? All of these are fair questions, yet we probably won't ever get the answer to them. Either way it benefitted the Patriots so I'm not complaining.