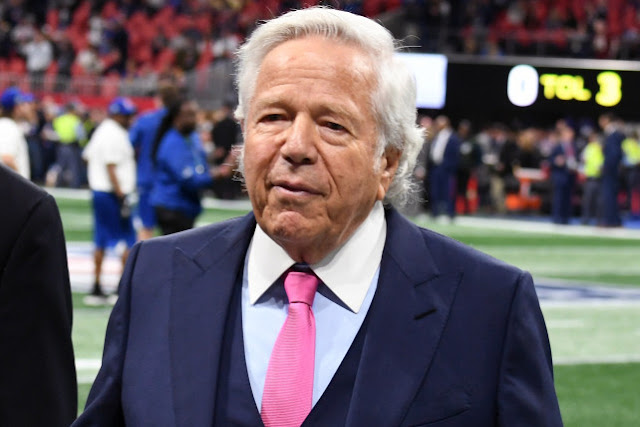 
Robert Kraft has officially been charged with two counts of soliciting another to commit prostitution. The massage parlor where Kraft allegedly solicited a prostitute has been linked to a higher human trafficking sting, which will be hard to know if Kraft knew this was happening. Kraft was allegedly caught on tape on two separate occasions, including the day of the AFC Championship game, paying for sex acts. Although Kraft has "categorically denied" these charges against him, he has decided not to dispute them.

Sources who have seen the surveillance video say it is unquestionably Kraft and they don't expect him to dispute the charges (although he could plead down). Again, Kraft's attorneys deny he broke any laws.
— T.J. Quinn (@TJQuinnESPN) February 25, 2019

T.J. Quinn also reported that he expects the videos of Kraft to surface.

Many asking if the Kraft video will be released. Law enforcement officials expect yes, although most graphic parts likely will be either eliminated or pixilated. Again, I'm told it's... graphic. Expecting motion to seal in 3... 2... 1...
— T.J. Quinn (@TJQuinnESPN) February 25, 2019

Kraft's charges carry a maximum of one year in prison, 100 hours of community service, a $5,000 fine and a class on the affects of human trafficking. Kraft's court date is scheduled for April 24th, however he is not required to be in attendance. It is unsure what Kraft's penalty will be however it reported that jail time is unlikely.

Kraft will also face punishment from the NFL but the punishment will come "after full understanding of the facts."