Despite interest in the Patriots, WR Golden Tate signs with NY Giants 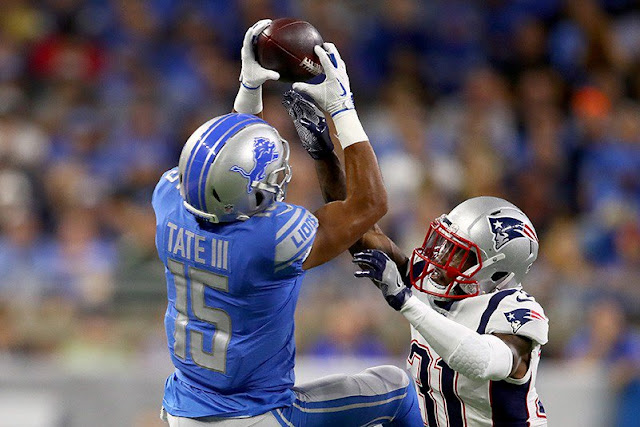 After trading a top three receiver in the league in Odell Beckham Jr., for nearly nothing, on Tuesday the Giants offense looked absolutely terrible. From an old and mediocre QB in Eli Manning, to Sterling Shepard being their number one wide receiver, the only hope for a productive offense was in their second year running back, Saquon Barkley. Today the landscape of their offense changed, slightly. Adam Schefter reported the terms of the free agent signing of Golden Tate.

And here are the contract terms: Golden Tate to the Giants on a four-year, $37.5 million deal that includes $23 million fully guaranteed, per source. https://t.co/TN6fNHOfHv

Golden Tate is certainly a nice addition to their offense but him alone isn't going to win them the NFC East. By the way I don't want to come off as that panicking guy on everyones twitter timeline, as if the season is starting tomorrow. They definitely have an opportunity sure up some holes and have a good team this year.