The New England Patriots are going to be one of the best teams in the NFL as long as they have Tom Brady at quarterback and Bill Belichick as the head coach. Belichick will figure out how to get the most out of every player on the roster. Brady will figure out how to make the offense better than the sum of all its parts.
It is safe to say that the ‘parts’ last season were not that impressive—at least as far as the receivers are concerned. 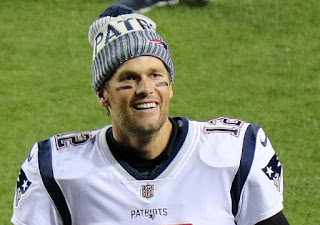 Yes, Julian Edelman was very good when he finished serving his suspension. Josh Gordon was playing well until he was suspended again.  Rob Gronkowski is usually great; however, last season he was not. Phillip Dorsett, Chris Hogan, Cordarelle Paterson—they all made plays, but their body of work was not exceptional.
So, maybe it is good that Julian Edelman is the only receiver under contract. While he has proven himself to be a talented receiver, they are going to need legitimate weapons on the roster if they are going to continue to dominate the NFL.
But they didn’t last year. So, why is this season or any other going to be different? Easy—because if they want to make the most out of Tom Brady’s final years, they need to make his job as easy as possible. They need to get off their high horse and surround him with talent, so his job can be easier, and he can play longer.
That’s safe to say. Making it a reality—not so easy. The Patriots do not like to overpay for wide receivers like most of the NFL does.  They are the best, however, at taking underperforming guys and making them look like stars.
With that in mind, and the free agent and trade markets in general, the following receivers are ones the Patriots should consider acquiring:
What is that price? Two years ago, when he was the fastest future NFL wide receiver alive, it would have been high. Now, he is an injury-prone draft bust with only 21 receptions for 210 yards and seven touchdowns over two seasons. He will not be expensive.
His comments made it clear. He wants to make it back to the Super Bowl. Players like that are more likely to take a reduced salary for the chance. Last season wasn’t a great one for him, but he has been good enough over time to make him an incentive-heavy offer.
The Patriots could, and should, bring him back.
There are some other talented free agent wide receivers out there. However, most are a little older and could be due for a downslide (hence being available). It could be worth inviting Kevin White (Chicago Bears) to camp to kick the tires on him. Russell Shepard or Devin Funchess could be interesting as well (if their original teams don’t re-sign them).
They could also look to the draft for some late-round talent like: Riley Ridley, Georgia; Deebo Samuel, South Carolina; Lil’Jordan Humphrey, Texas; David Sills V, West Virginia; Hunter Renfrow, Clemson.
Samuel would be the best choice of the bunch, but there is a chance that he will be taken by the time the Patriots pick in the second round (their first-round pick will be either a defensive lineman or a tight end).
Whether they acquire them through the draft or free agency, the right receivers should make the Patriots even better contenders for years to come.