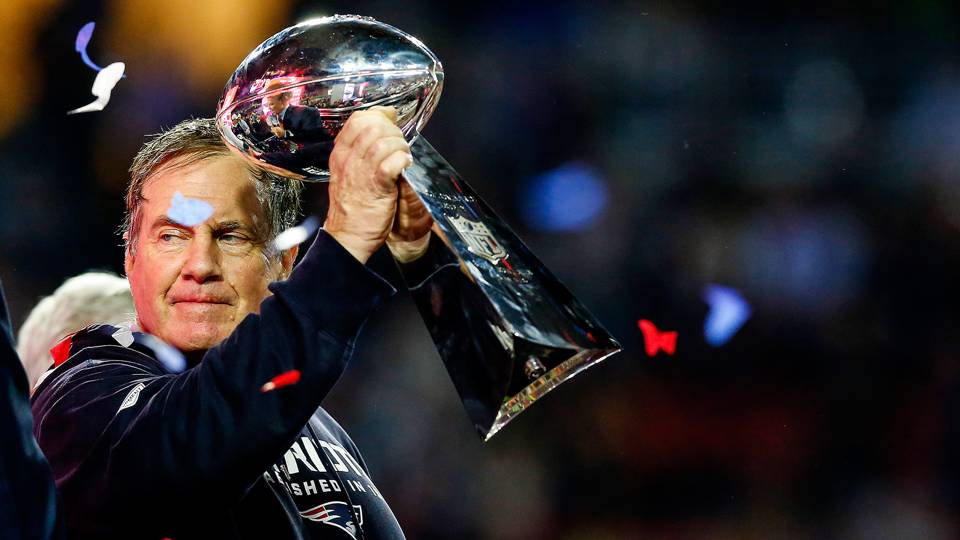 There are some things I will just never understand in this life and Bill Belichick's brain is one of them. No matter how many roster, league or rule changes, the Patriots always seem to be ready for anyone on Sunday. The Pats have set a lot of trends in the NFL, whether its coming out as a team, deferring the ball until half time or what have you, Belichick actually plans a lot of his schemes based on the trends of the rest of the league.

The Patriots have always done unconventional strategies and seem to have almost any formation ready to go each week, and Belichick continued on how he and his staff are able to sniff out the trends of the league.

“Usually [the trends] have to hit you in the face,” he noted. “Usually you sit there at the end of the year and say, well, we had a lot of trouble blocking this player or defending this type of player or whatever it is, and then that kind of becomes a need for you. Either we have to change our scheme to do this, which probably isn’t that easy or you would have already done it, or we have to have another certain type of player on our roster that we don’t currently have that has a certain type of skillset.”

It really is mind-blowing how much the coaches put into the game on and off the field in order to achieve the level of success that they have. To pay attention to even the smallest details can make or break a team, and it has become clear over the years that teams who aren't willing to change their system, usually don't remain dominant for years at a time.

When asked what he feels the next league trend will be, Belichick believes big receivers are the future. “This is another year where there’s a lot of big receivers – 6-4, 225, 230, whatever they are,” Belichick added. “Somebody’s going to have to cover those guys one of these days. I don’t know if it’s all going to be this year or not, and there’s plenty of them in the league right now that fall into that category. [Recently] it seems like there’s a little bit more of an emphasis towards the smaller, quicker slot receivers. So, better find somebody to cover those [bigger] guys, too, and vice versa.”

Time will tell if his assumptions come true, but I always find it fascinating to hear the greats of their profession breakdown some of their methods and interpretations of their career.