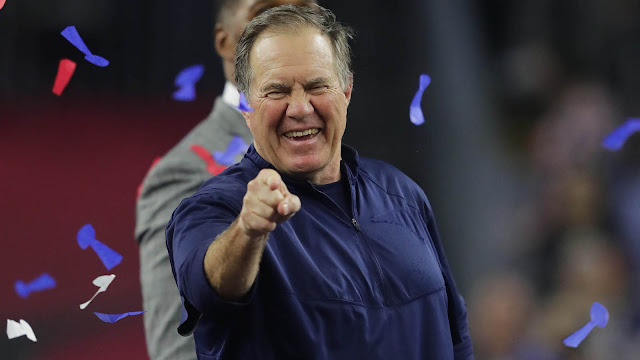 At an NFL general managers meeting in February, all eyes were on Bill Belichick. The coach who just won his sixth Super Bowl with the New England Patriots. Falcons GM, Thomas Dimitroff, who spent six years with the patriots before parting ways with them in 2008 spoke about the story with NBC Sports' Sports Tom Curran.

“We have a lot of very talented and very intelligent people in that room but you can just feel his energy,” he said. “Guys who aren’t really that moved by a lot of people in the industry either because they’ve been around it a long time or were quickly indoctrinated into the job, it was interesting to watch.

Dimitroff also talked about the other GM's reaction after Belichick left the meeting.

Dimitroff spoke about Belichick's approach to his upcoming season even after winning another Super Bowl.

“I think people might expect him to be less engaged as he acquires more and more rings and more and more accolades, my feeling is that it’s part of giving back to the game that he loves so much,” he said. “A lot of people would kick their feet up and relax a little bit but I really do believe that he’s continuing to help us out.”

Dimitroff was asked his expectations for Belichick this upcoming season.

“I don’t see him slowing down at all,” Dimitroff said of Belichick. “The strut’s still the same strut as it was when I was in New England.”

Dimitroff then talked about Belichick's status amongst other GMs.

“I saw him recently at the owners meetings and he is ON TOP of it,” he told Curran. “He is the lead dog, no question about it. He has strong opinions, he delivers them succinctly and articulately when he’s discussing what’s important to him and it’s fun watching him navigate through all of that.”

Theres no doubt that Bill Belichick is the 'lead dog.' He is the only head coach to have six Super Bowls and that speaks for itself. Ohh and by the way he also does the GM job for the Patriots, which is incredibly impressive to be that good at both jobs. I forgot to mention the constant lopsided trades that Belichick pulls off. He is simply a wizard. Thats the only explanation I have for the skill that he has developed to dominate the NFL for the past 19 years.