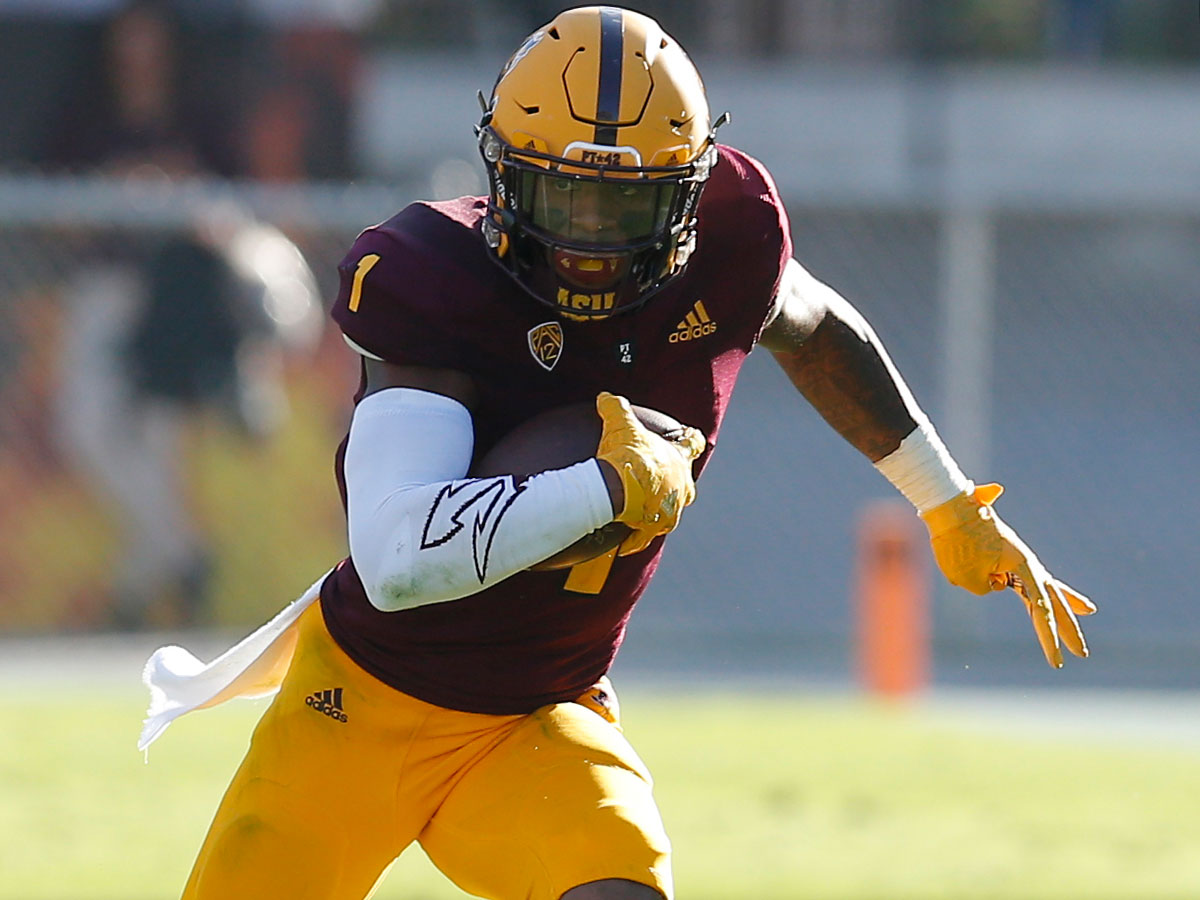 The Patriots addressed a significant need in the draft, by selecting Arizona State's N'Keal Harry with the 32nd pick. Standing at 6'2 and 228 pounds, Harry is a very dominating target for Brady, and a very exciting one too, as this is the first time the Patriots selected a receiver in the first round since Terry Glenn in 1996.

Despite some trade rumors, the Patriots stayed at 32 and didn't make any moves up, as they usually make some noise in the later rounds of the draft. When asked about his game, Harry credits his success to a lot of passion, "I play with a lot of passion. Whenever that ball is in the air, I'll sacrifice anything to go get it."

While he certainty won't be a target like Gronk, the height of Harry and Demaryius Thomas should help spread out the coverage and find an open target for Brady. With 3 seasons at ASU, Harry hauled in 213 receptions for 2,889 yards and 22 touchdowns.

The move seems like a really solid one for the Pats, and stay tuned for the later rounds where the Pats are likely going to make some headlines with their 11 remaining picks. In the meantime, check out this catch to get you hyped for N'Keal Harry: