Stephon Gilmore: Demaryius Thomas is tough to cover and bring down 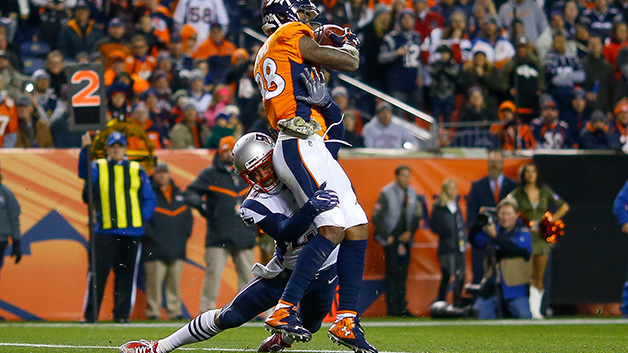 The Patriots have done what they always do to start the offseason: wait until the end of free agency to bring in very low-risk potential steals like tight end Austin Seferian-Jenkins and most recently, wide receiver Demaryius Thomas. While attending voluntary workouts, Stephon Gilmore was asked about the new big wide out.

“(Thomas is) a great player,” Gilmore told reporters in Foxboro. “He’s made a lot of great plays in this league, and he’s tough to cover, tough to bring down. Couple things that stand out with him. (He’s) strong, explosive. Hopefully, he can help us win games.”

Thomas had a lot of success with Denver, but fell to a torn Achilles last season, so we'll see if he is able to remain healthy to have a significant impact. The Patriots have some big offensive weapons to replace, as they lost Chris Hogan and Cordarrelle Patterson to free agency and Gronk to retirement. Josh Gordon's return is still up in the air, but it's hard to not fantasize about 6-foot guys like Thomas and Gordon lining up on the outside with Jules up in the middle.