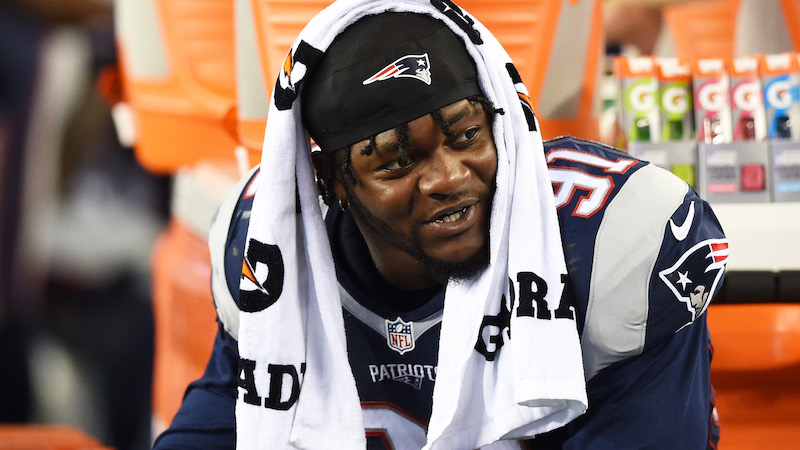 The Patriots added some defensive depth to their group with the return of former second-round pick Jamie Collins, a move that not only surprised fans, but Collins himself.

“I was surprised,” Collins told reporters after Thursday’s OTA practice. “But then again, I wasn’t, because I’m just a free agent, so obviously a lot of teams are going to contact you or whatever. That’s just the business of the game. I’m always surprised no matter what. I’m surprised right now just being in the position.”

As you probably remember, Collins was traded to The Browns in October of the 2016 season for a 3rd round pick as a result of possible contract disputes. When asked if there were any hard feelings about the trade, Collins opted to look to the future.

"It was just a change of destination,” Collins said. “I’m a professional and just have to be professional about the business. Business is business. You can’t get upset or do this or do that.”

The team has changed a good deal since his departure, but does still have his long-time buddy Dont'a Hightower with him and former teammate Jerod Mayo as his coach. Collins adds a very solid athletic depth to the linebackers group, which can help with various forms and schemes of their coverage.