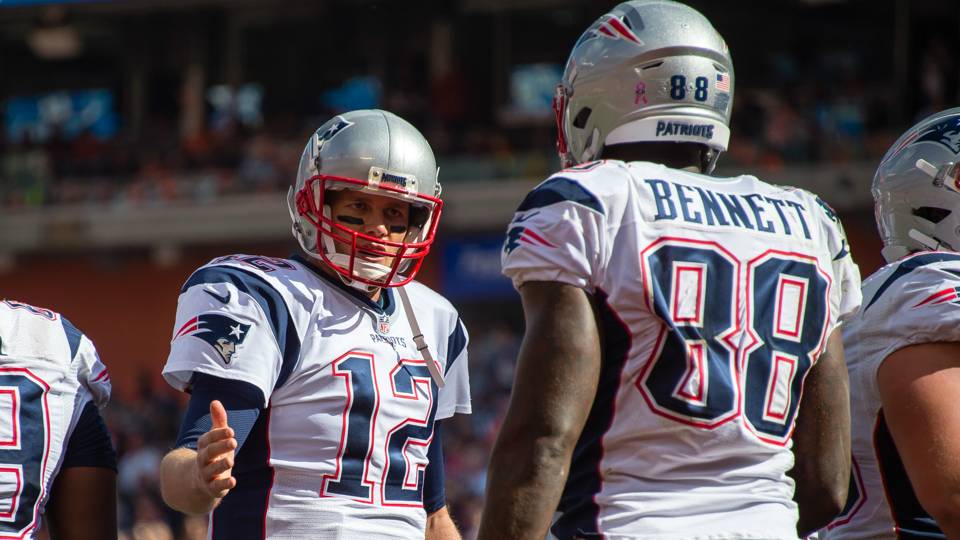 It has been known for some time now that Bill Belichick will call out anyone in the locker room, and Tom Brady is no exception. This allegedly caused issues between the two, but nothing has really come out about it since.

In the 2016 season, newly made Patriot Martellus Bennett recalled a story on FS1’s “First Things First”, where he talked about how Tom Brady responded to Belichick calling him out after a bad offensive practice.

“A crazy thing I saw, one day we were at practice and the defense is crushing us. Like we can’t complete no passes. You know, sometimes they do the install and it’s just the right install,” Bennett said. “So we come into the meeting and Bill always has the bad plays of the day and he’s just like calling out Tom. You know, like, ‘We have quarterbacks that can’t make throws.’ I’m like, ‘This is Tom Brady. He can make all the throws.’ And I’ve never seen coaches really call out the quarterbacks in group meetings.”

This kind of reaction can cause players to get mad and shut down, but according to Bennett, Brady was certainly pissed off, but was nowhere near calling it a day. “I sit right behind Tom because I’m the quarterback whisperer,” Bennett said. “I like to whisper in their ear when I see things. So after that meeting, I go to finish my workout or whatever and Tom is in there doing drop-backs. He’s just throwing drop-backs. He’s pissed off. The next day we go 33-for-33 or something like that at practice and from then I was just like, ‘Oh, we’re gonna be great.’ I’ve never seen anyone that didn’t shut down. He was like, ‘All right, I’m gonna show you tomorrow.’ He just picked them apart.”

This has always been the case with Brady for his whole career. He will often take trash talk or criticism and then just completely turn it on the next chance he gets. With Brady being an ultra-competitor, he will never feel that the team is out, which is very evident in their Super Bowl win that season against Atlanta.

When it comes to Marty, he said he loved when Bill yelled at him, but not for the reason you'd think. “I try not to laugh sometimes because, like, the way he does it is funny to me,” he said. “I find Bill to be hilarious. But he calls everybody out. That’s the first team I’ve been on where I felt everyone was equal.”

This should further prove the points that the article detailing how the Patriots were falling apart was false and that it is a healthy football environment.