Adam Humphries signed with the Titans because of Tom Brady's age 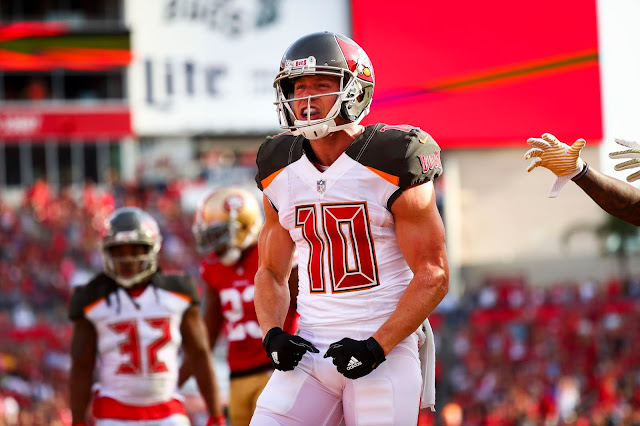 Adam Humphries said that one of the factors in his free agency, this off season, was the age of Tom Brady. In a recent interview, with The Athletic, Humphries spoke about his decision to pick the Titans over the Patriots, the recent Super Bowl champs.

“Obviously, he’s the G.O.A.T. That’s that simple,” slot receiver Adam Humphries, who instead signed with the Tennessee Titans, told The Athletic of Brady. “But there’s so much that factors into a decision. It was a four-year deal. Who knows how many (years) he’s got left? There’s a lot that goes into it.”

Let's all just take a minute to laugh. It's okay, this is a ridiculous statement. To think that the Titans, who have an injury plagued quarterback, is a better option to sign with, than a team that has won three of the last four Super Bowls is funny. Isn't it? Tom Brady is as old as time. I know, Ive been hearing it for nearly five years now. He's also been "falling off a cliff" for a few years now too. Im not saying that Brady is gonna play another five years, maybe he only plays three, I don't know. But if there is a team that is poised to win another Super Bowl within Humphries' four year contract, it's certainly not the Titans. The Patriots only lost Rob Gronkowski, "who was on the decline" in his last season anyway. The Patriots also added Michael Bennett from the Eagles and had a great first round pick in N'Keal Harry. Ohh wait, did I mention that the Patriots expect Josh Gordon to come back by the end of the season?

The Titans is such an interesting decision, if Humphries is being honest and thinks that Brady's age is a legitimate factor. Why not chose a team like the Texans or the Steelers who are in need for another receiver? Below are a few gifs to summarize my reaction to this situation.