One of the more interesting developments in the early stages of training has been third-string quarterback Danny Etling’s move to wide receiver and then back to quarterback. More of an experiment to see where exactly Etling fits, his ability to throw the ball and be an effective runner has drawn comparisons to Saints’ backup quarterback/wide receiver, Taysom Hill.

Continuing forward, it is unknown if Etling will be switching between the two positions. He won’t see any time at quarterback unless something happens to both Tom Brady and Brian Hoyer, and he would be fighting for playing time with Julian Edelman, Phillip Dorsett, N’Keal Harry and so on.

The former LSU Tiger and 2018 seventh-round draft pick spent the majority of his season on the Patriots’ practice squad, but may have a better chance to make the 53-man roster this season if he can make something of himself at wide receiver. 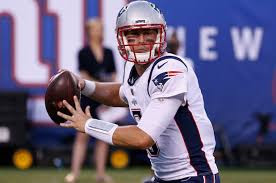