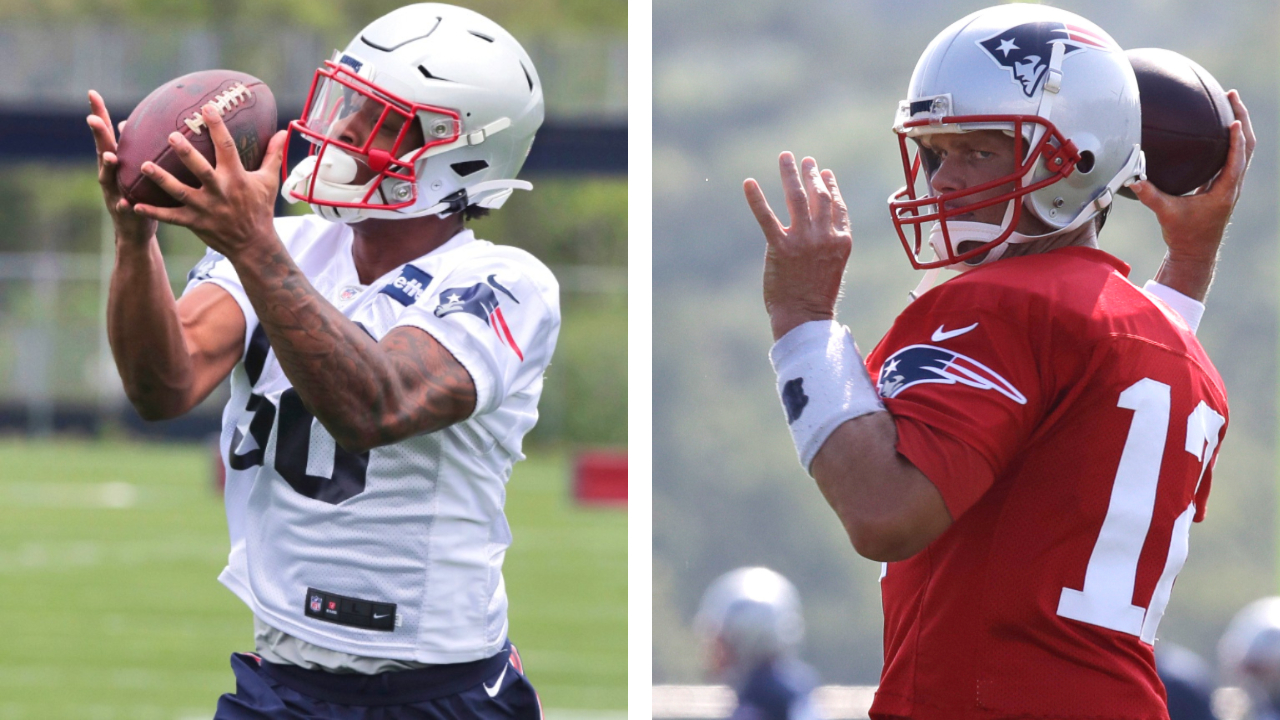 The game of football is already a very difficult sport, but to add on learning a whole new playbook as a 21 year old must seem pretty daunting. Rookie N"Keal Harry is carrying some pretty high expectations going into this season, and he was asked how the days of camp have been so far.

“It’s super long. There’s a lot that goes into it. Coaches put a lot into it, making sure that we know what we’re doing when we get out on the field,” he said after Sunday’s practice. “This game of football is something that I truly love and I wouldn’t want to be doing anything else.”

Harry credits Tom Brady and Troy Brown for helping him find his way thus far in his rookie year.

“It’s a big help having (Brady) out there helping me make it through training camp and just helping me clean up my details and make sure we’re on the same page,” he said. “Just a lot of technique stuff, a lot of timing stuff. Things that are going to come the more that we’re on the field together.”

Harry has done fairly well in drills so far, but the big part of camp for him is the 1-on-1 time with his quarterback. Brady and Harry are often seen working together on routes and footwork on the sidelines, as Harry's relationship with Brady is very crucial for his development.

As it currently stands, Harry will be expected to be in the starting lineup for the regular season, so all of these extra reps should pay dividends for his 2019 production.