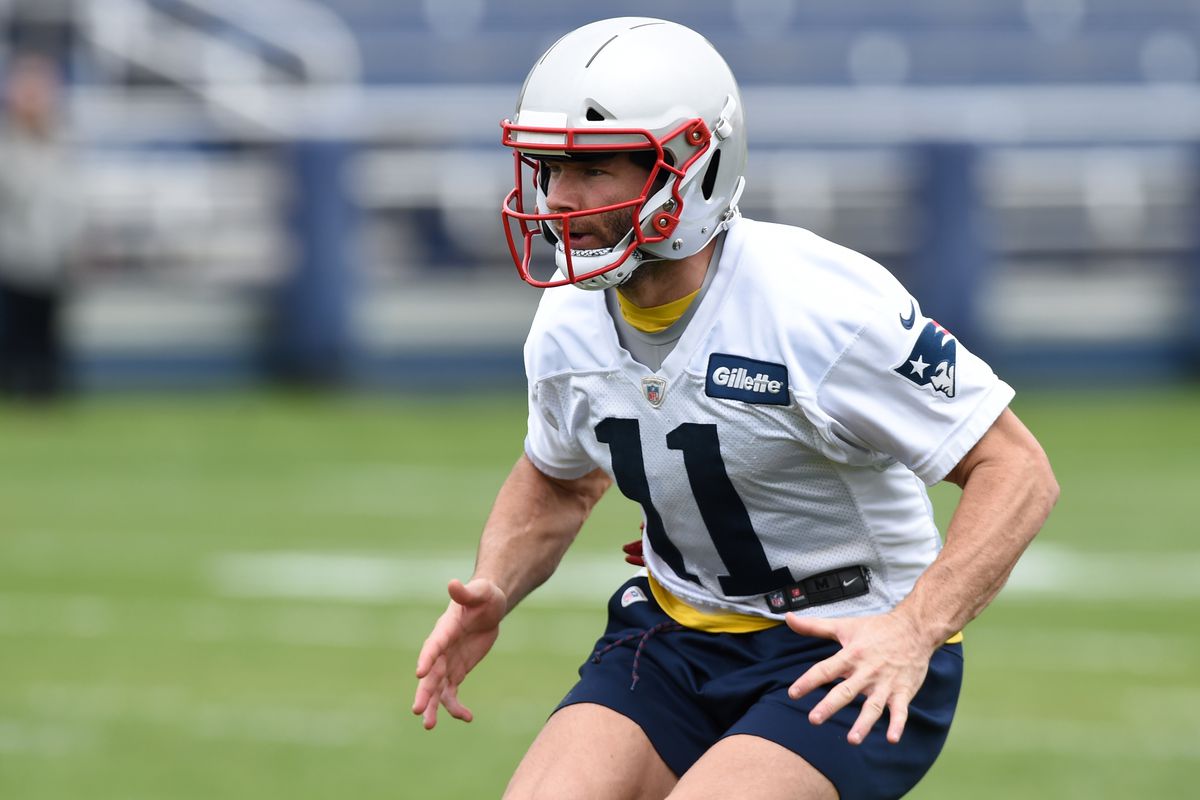 With training camp getting set to begin this week, Tom Brady will be without his favorite weapon. As reported by Adam Schefter yesterday, Julian Edelman was seen with a brace on his thumb, which Schefter estimated roughly 3 weeks to recover.

Super Bowl MVP Julian Edelman, spotted at his youth camp over the weekend with a small brace over his left thumb (see below photo), is expected to be sidelined about three weeks due to the injury, league sources tell @FieldYates and me. pic.twitter.com/P5KT0hvRmz

While you never want to see any major guys miss work in the off-season, I wouldn't worry too much about this one. Edelman will certainly miss time at camp and likely a pre-season game or two, but if anyone came come back from injury and missing some early reps, it's Edelman for sure.

I imagine Brady wants his guy out there, but this could also be a blessing in disguise for the new faces in camp. On the current Patriot roster, only Phillip Dorsett has caught a regular season pass from Brady, so this camp will see a lot of getting used to one another on an offense that experienced so much overhaul in the off-season.

In likely response to Edelman's injury, the Patriots worked out some new receivers as well.

It may be the Boston fan in me, but I'm really pulling for this Papi White guy. Anyway, expect no setbacks for Jules as he recovers from his thumb injury and there's a good chance he'll see some action in games 2-4 of the pre-season.