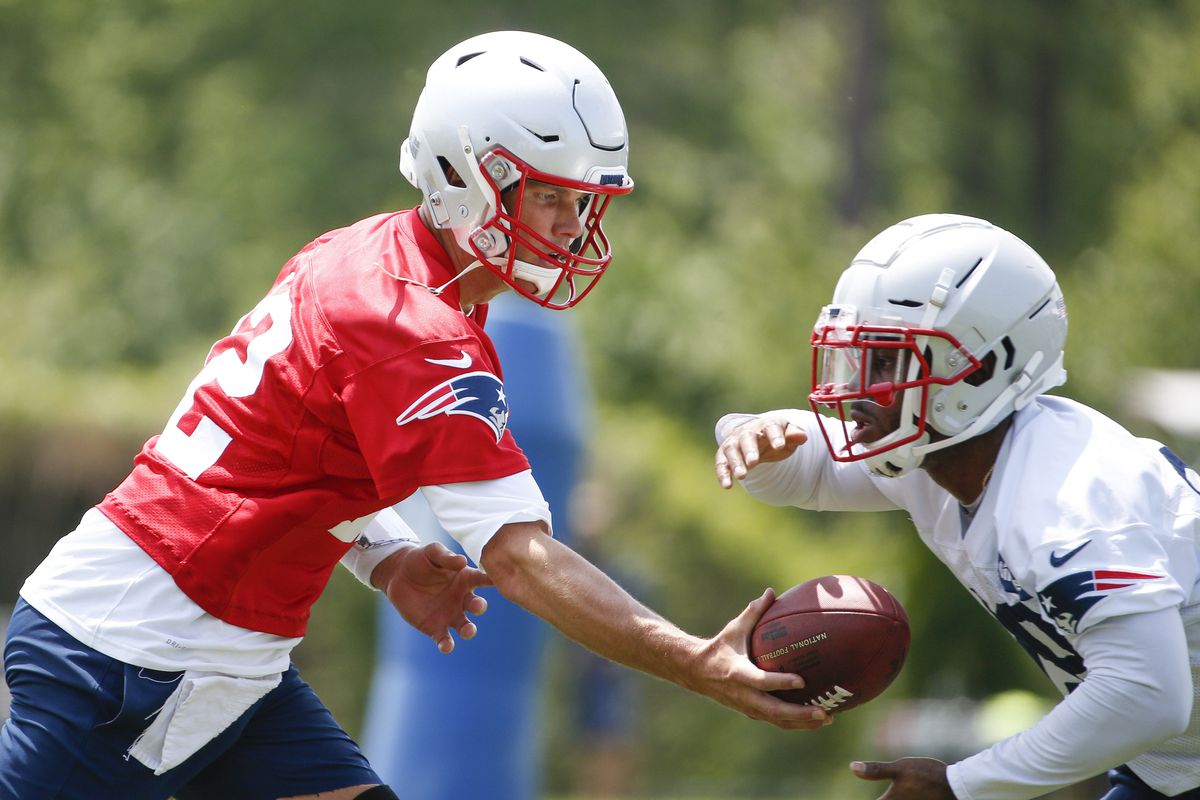 Well ladies and gentlemen, your 2018 New England Patriots are back at camp. The Pats took the field for the first time in front of the public this morning, to beautiful weather and a packed audience.

As it often goes, the first day of practice was a very low-key affair, with no padding and it was mostly just a run-through to get everyone flowing. The roster had good attendance this morning, with only David Andrews, Michael Bennett and Yodny Cajuste not being present.

Those reporting but not practicing while on the PUP list were: Julian Edelman, Sony Michel, Demaryius Thomas, Nate Ebner, Deatrich Wise, Cole Croston and Ken Webster.

You had some of your typical red shirt players today, but two seemed out of place. Those men being Patrick Chung and QB Danny Etling. As you remember, Chung broke his arm in Super Bowl 53 and is still playing safe from his surgery. The bigger story however, was the tale of Danny Etling. The QBs always are seen with red shirts during camp, but today Belichick had Etling working out as a receiver. Yes you read that correctly. By drafting Jarrett Stidham, the Pats made Etling the odd man out on the depth chart. This likely means Etling won't be suiting up as a QB in New England, but they must see something in him to try and move the young QB around.

Brady went 8 for 11 during 11-on-11 drills and spread the ball nicely to 5 different receivers: (Dorsett, Harry, Burkhead, Harris, Develin).

The offensive line has some uncertainty at LT going into this season after losing Trent Brown in the off-season and rookie Isaiah Wynn tearing his Achilles last season. Joe Thuney started at LT during the 11-on-11 drills while Wynn was eased into the fold, and was on the first team during walkthroughs.

Now who everyone was waiting for, lets get to N'Keal Harry. Brady had some solid 1-on-1 with the rookie, who made a very Randy Moss-type play in the end-zone, where he out-jumped a corner to make a play. Josh McDaniels took Harry aside to work on some footwork and corrected some mistakes later on in practice. All in all, a good first day for Harry.

Jonathan Jones had the only interception during team drills today, picking off Brady on a ball thrown to Berrios. Jones, D’Angelo Ross, J.C. Jackson and Keion Crossen all broke up passes today and Stephon Gilmore was never targeted.

A potential development for the future, Jerod Mayo was the defensive play-caller for some of the 11-on-11 drills.

A lot to cover for today's practice, but the big ones to note were probably Harry, Etling and Mayo. Etling also spent time on special teams and had a 1-on-1 with Troy Brown to go over receiving.

That should cover the rundown for the first day of camp, more info on dates/times for practice can be found here.

See you all there tomorrow morning, so sit back and relax, football is finally back.