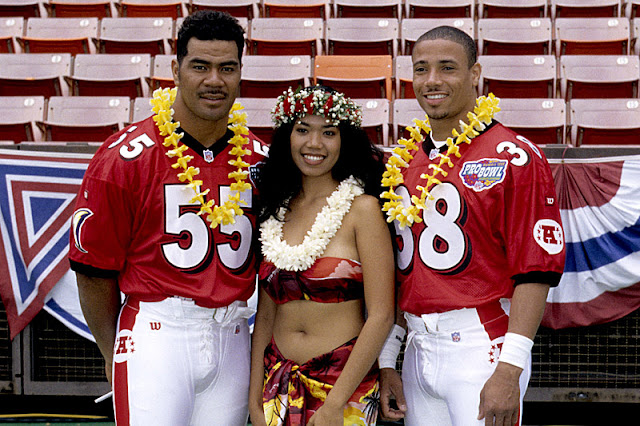 This weekend, Rodney Harrison is getting inducted into the Patriots Hall of Fame. Harrison had 8 interceptions, two fumble recoveries, and 312 tackles in his six year tenure with the Patriots. Harrison has received high praise from his former coach, Bill Belichick, about his work ethic, while calling Harrison "the best practice player" he's ever coached. When talking about his coach's praise, Harrison said he gives all of the credit to an old teammate, Junior Seau.

“Junior Seau was a huge inspiration for me. Every time I mention his name, he’s like a brother to me. We bonded together. I miss him. I would not be here wearing this jacket. This is like a jacket for myself and Junior Seau.”

Harrison also talked about how Seau viewed the importance of practice, back when they were teammates in San Diego.

“It all started with practice and Junior Seau talking with me," Harrison said. "It starts with practice. He always used to tell me, ‘I play the games for free, Rodney, but I get played to practice.’ It’s something I took into me and I just played to play every practice like it was a game.”

Theres no doubt about the legacy that Seau has left within the NFL. Junior is widely considered the best linebacker in his era and he was inducted to the PRO Hall of Fame in 2015. Harrison went on to say that this Patriots HOF jacket is every bit as much of Juniors jacket, as it is his.

On the other hand, Harrison's career in New England is very interesting. Yes, he had those stats above, which are pretty good. Yet, when I think of Harrison, I can't seem to get the helmet catch out of my mind. Sorry Rodney, I guess that's what's stuck in my mind all of these years.