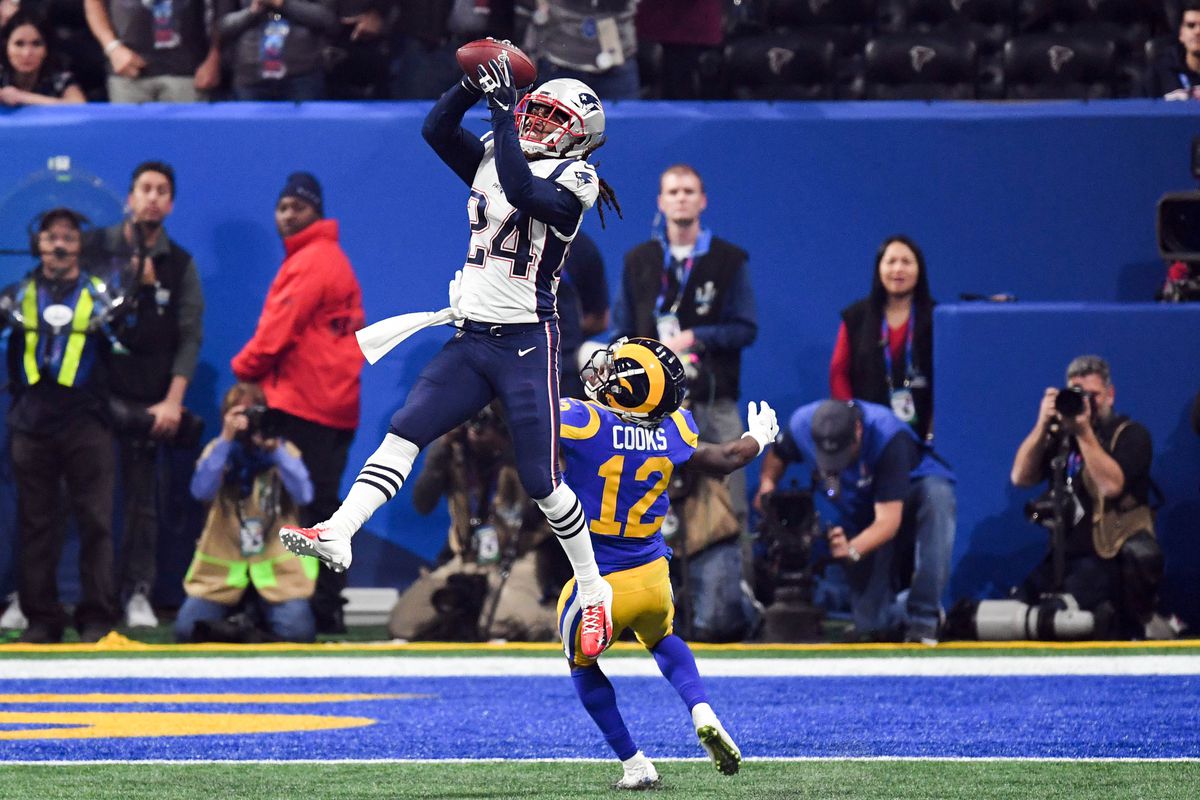 NFL Network's "Top 100 players of 2019" as voted by the players, is starting to wind down now as we get to the top 20. Just outside the top 20, coming in at 22 is Patriot Stephon Gilmore. Not only is this Gilmore's highest ranking in his career, he is also the highest ranked corner on the list.

I think this is a pretty fair ranking (I had him top 20 but its fine I get it), as Gilmore really was a shutdown guy all season. As Jason McCourty mentioned, Gilmore makes the game plan so much easier because you can just throw him on the opponents top guy and not have to worry about him for the game.

As for the remaining spots on the list, I think Tom Brady and Rob Gronkowski will be the only ones left. As much as I love him, Gronk probably shouldn't be placed in top 20 from a statistical standpoint, but it there's no way in hell I'll be complaining. Brady will probably be a top 5 guy maybe even top 3 if the players are feeling it.

Finally, it's not over until its over, and they'll likely announce Patrick Mahomes at number 1, but I will still be holding out hope that James Develin takes that 1 spot. I will be protesting the accuracy of this list otherwise.