Camp review: Tom Brady is making 42 look like the next 26 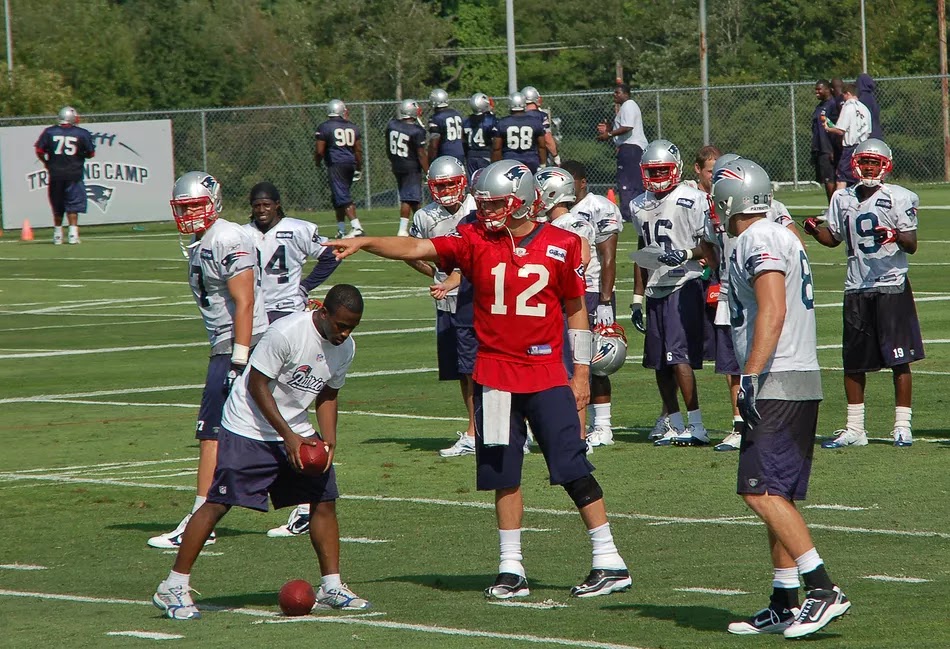 Today is not only birthday eve for our soon to be 42 year old QB, but it was also the 8th and last day of open training camp for a few days, as the Patriots get ready to head off to Detroit for their pre-season game against the Lions.

Today's practice was a very light, non-padded affair, likely to get the team mentally ready for their first pre-season game. The highlight play of the day came from a sideline snag hauled in by Brandon Bolden on a rainbow throw from Brian Hoyer.

Another point to note from today's practice, was Sony Michel's work in the passing game. Michel caught 5 balls in today's drills, so it looks like the recovery from his knee issues appears to be going well.

Matt LaCosse and Phillip Dorsett had a forgettable day, as LaCosse finished without a catch and had a real tough false start call. Dorsett really struggled in gaining any separation today, and only brought in 1 catch.

Stephon Gilmore has been targeted 6 times throughout camp, none of which have been completed. Derek Rivers is working his way back into the system, as he has had some solid success in 1-on-1 drills.

The Patriots will now be heading out to Detroit to prepare for their matchup with the Lions. The two teams will also take part in joint practices throughout the week.