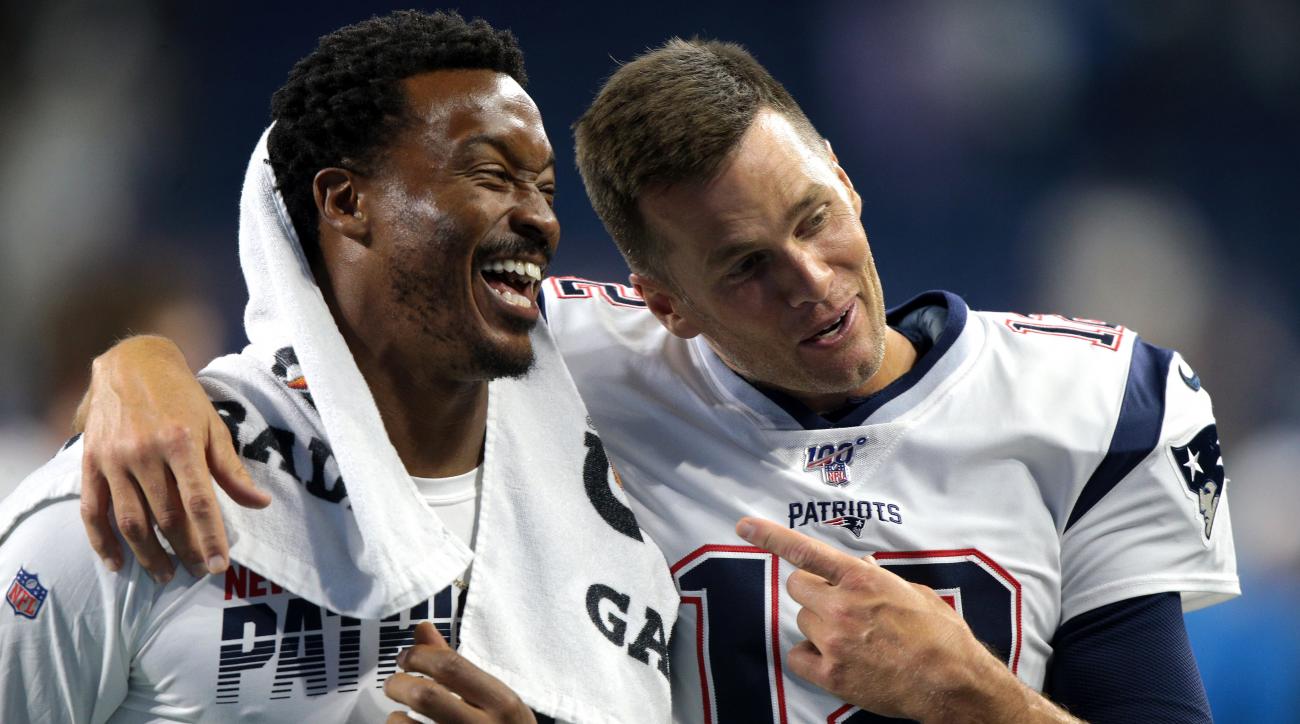 As the regular season is getting closer, wideout Demaryius Thomas looks to be fitting into the Patriot system just fine. He has been spotted many a times chatting it up and laughing with Tom Brady on the sidelines, and has even returned to full padding at practice.

Thomas is coming off a recent Achilles tear that ended his 2018 campaign in Houston, so there was some concern to just how good he would be able to perform. Speaking for the first time since joining the team, Thomas was asked what a receiver needs to bring to the table for the quarterback.

“Being dependable and consistent,” Thomas said. “Those two things are the biggest things you can do for a quarterback. Being consistent and dependable.”

That must be great news for Brady to hear, who is trying to find a way to fit in a bunch of new guys into the offensive system.

As for his ability to be a big threat for an opposing defense, Thomas isn't worried.

“I still can go" he said. "Like I said, knock a little rust off and just keep hitting the days. “I don’t think it’s a crazy challenge (to get back to a high level),” Thomas added. “I think it’s a challenge to me to keep going out and doing what I’ve done my whole career. It’s a tougher challenge because here they expect more and it’s a little different than where I’ve been but I’ll be all right.”

Although it was pretty short lived, Thomas credits his time in Houston with former Patriots OC Bill O'Brien as a big factor in adjusting to New England's system. In addition to a former coach of the system, Thomas works to ask as many question as possible, whether it's fellow receivers like Julian Edelman, or even the defensive players.

“I still got some work to do but it’s getting better and better, I’m learning a lot,” he said. “Everything (Brady) tells me I’m taking in and same with Coach McDaniels. Everything they tell me I try to take the field.”

The offense is in an interesting spot to start the season, mostly because they have a significant amount of potential in their players, it just might take a few weeks for it to gel together as a cohesive unit. Demaryius Thomas has been relativley quiet to the media since arriving in New England, so it was nice to get an update on not only his progress, but also the insight and knowledge of the game as an experienced receiver.