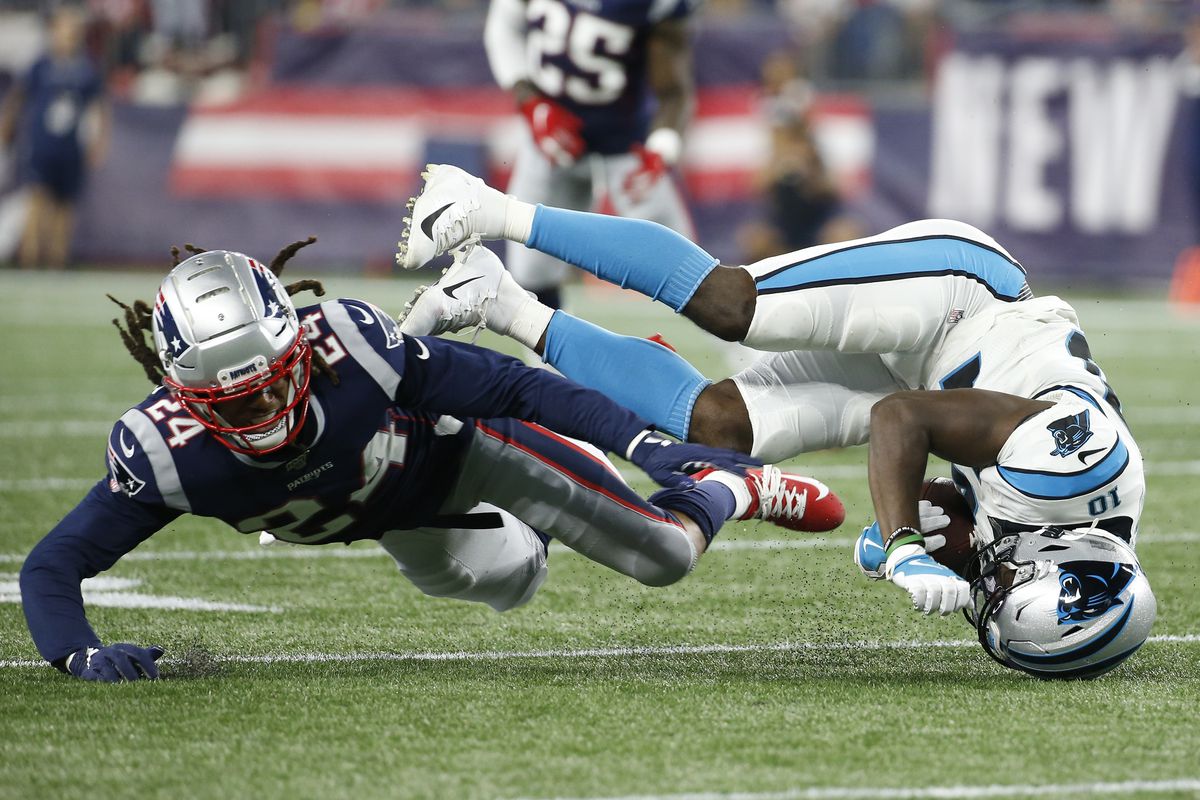 The fans in New England were gifted with not only a 10-3 win over the Panthers, but also the very much hyped week 3. The third pre-season game is usually where most teams will put out their first units, where in the Patriots case, means the first taste of Tom Brady.

Although it was mostly starters for the first few drives, the receiving group consisted mostly of Philip Dorsett and Jakobi Meyers. Meyers did haul in 7 receptions for 74 yards, but most of them coming from Jarett Stidham, as Brady and Meyers couldn't build up a good rapport tonight.

In his first start since the Super Bowl, Brady went 8/12 for 75 yards, while Jarett Stidham took over the rest of the game going 15/19 for 134 yards. Brian Hoyer saw no action tonight, so use that for something to follow as the season approaches.

The Pats had a heavy ground attack led between Sony Michel and Nick Brossette for a combined 24 carries.

The defense continued to shine tonight, as we saw our first look at Michael Bennett in the starting unit. As a whole, the defense totaled 4 sacks and really offered no room for the Panthers to move, as they were held to 141 yards of total offense.

The pre-season is now heading into its fourth and final week and will continue this Thursday at 7:30 against the New York Giants.