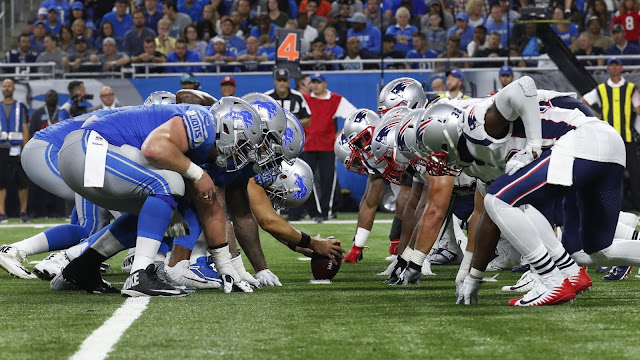 FOOTBALL. IS. BACK. Well sorta, its preseason football. The Patriots played against the Lions tonight in their first "game" of the year and ended up winning 31-3. With key players out tonight like Tom Brady, Julian Edelman and Sony Michelle, all eyes were on the new faces of the Patriots.

Brian Hoyer started the game for the Patriots and completed 12 of his 14 passing attempts for 147 yards and two touchdowns. The Patriots rookie quarterback, and a fourth round pick, Jarrett Stidham got his first NFL action and completed 14 of 24 passes for 179 yards and one touch down. Rookie Running back Nick Brossette had 22 carries for 66 yards and a touchdown. Also rookie and first round pick N'Keal Harry had two catches off of two targets for 36 yards with a long reception of 25 yards.

Welp there ya go folks, The first undefeated season is on its way! 23-0 HERE WE COME!!!