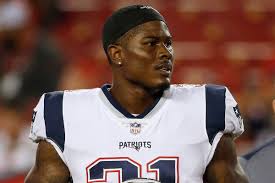 The Patriots just locked up another part of their secondary this afternoon by extending corner Jonathan Jones, as reported by Ian Rapoport.

Source: The #Patriots and CB Jonathan Jones agreed to terms on a 3-year extension with base value of $21M. Max value close to $25M for the 3 years. He gets $13M guaranteed

The speedy Jones made his name last season in the AFC Championship game against the Chiefs, playing a huge role in holding Tyreek Hill to only one catch.

This is a great value deal for a very solid depth guy that the Pats originally signed to a second-round tender to start the season.